There was a better alternative to his deal. He never pursued it. 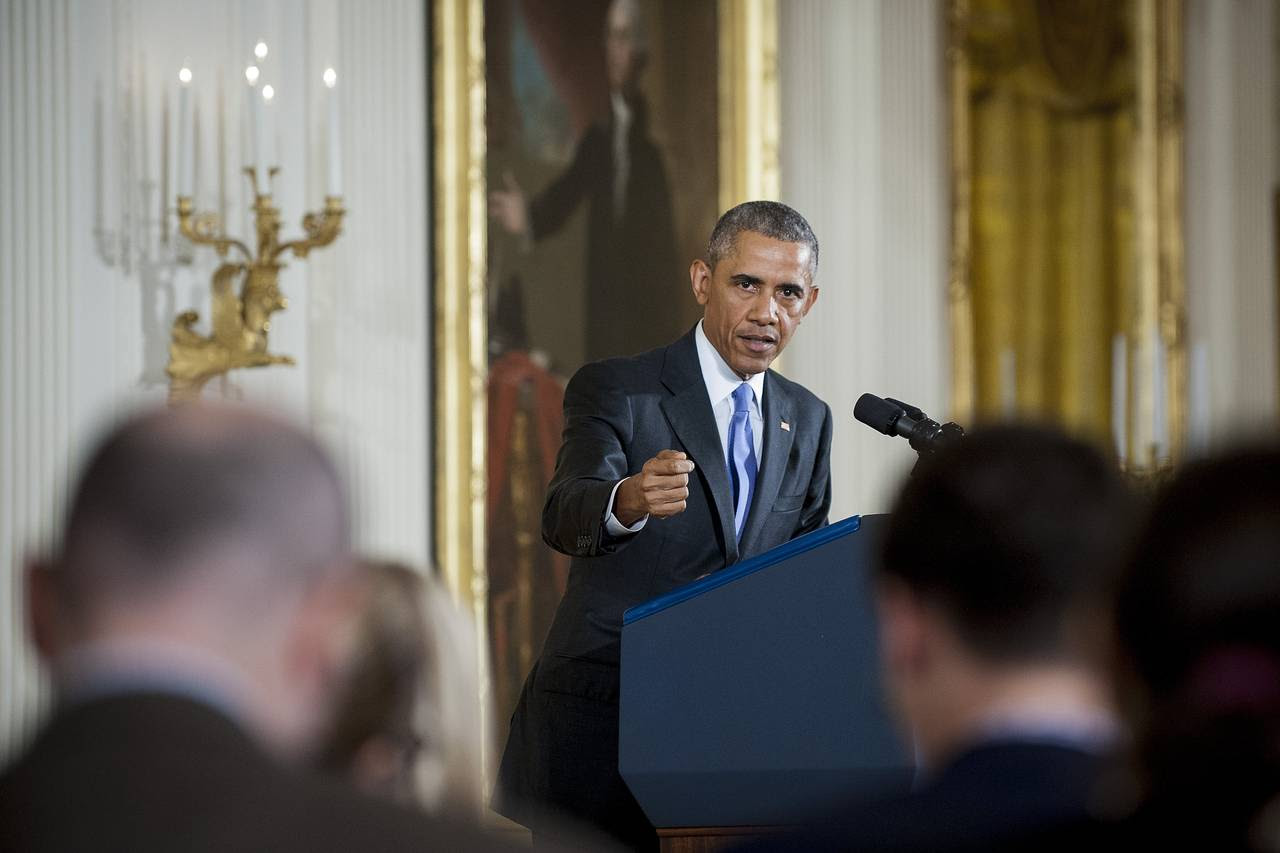 The debate is raging over President Obama’s nuclear deal with Iran, and Mr. Obama held a rare press conference Wednesday to say that “99% of the world community” agrees with him. Then why bother with a press conference? Mr. Obama made other claims we’ll address in coming days, but for today it’s worth rebutting his assertion that “none” of his critics “have presented to me or the American people a better alternative.”

Specifically, Mr. Obama resorted to his familiar default of the false political choice. “There really are only two alternatives here. Either the issue of Iran obtaining a nuclear weapon is resolved diplomatically through a negotiation or it’s resolved through force, through war. Those are—those are the options,” Mr. Obama said. He added that no better deal was or is possible than the one he has negotiated.

Mr. Obama knows there has always been an alternative to his diplomacy of concessions because many critics have suggested it. It’s called coercive diplomacy, and it might have worked to get a better deal if Mr. Obama had tried it.

Take the sanctions regime, which finally started to get tough in December 2011. By 2013 Iran had an official inflation rate of some 35%, its currency was falling, and its dollar reserves were estimated to be down to $20 billion. Mr. Obama had resisted those sanctions, only to take credit for them when Congress insisted and they began to show results in Tehran.

Yet Mr. Obama still resisted calls to put maximum pressure on Iran. He gave waivers to countries like Japan to import Iranian oil. He was reluctant to impose sanctions on global financial institutions that did business with Iran (especially Chinese banks that offered Tehran access to foreign currency). The U.S. could have gone much further to blacklist parts of Iran’s economy run by the Revolutionary Guard Corps. A bipartisan majority in Congress was prepared to impose more sanctions this year, but Mr. Obama refused as he rushed for a second-term deal.

Mr. Obama now argues that the sanctions could not have been maintained, and that they are sure to collapse if Congress scuttles his deal. But there was no sign sanctions were collapsing as long as the U.S. continued to keep the pressure on. And to the extent support did weaken, one reason was the momentum of Mr. Obama’s negotiations. The more the U.S. gave the impression that it desperately wanted a deal, the more other countries and businesses began to maneuver for post-sanctions opportunities.

This is the opposite of coercive diplomacy, which shows determination so an adversary under pressure concludes that it must make more concessions. This is the diplomacy Ronald Reagan practiced with the Soviets, refusing to budge on missile defenses at the 1986 Reykjavik Summit despite pressure from 99% of the world to do so. The Soviets were soon back at the negotiating table.

Mr. Obama could also have pressured Iran on other fronts, the way Reagan did the Soviets by arming enemies of its proxies. The U.S. could have armed the Free Syrian Army to defeat Iran’s allied Assad regime in Damascus, and it could have helped Israel enforce U.N. Resolution 1701 that imposes an arms embargo on Hezbollah in Lebanon.

On Wednesday Mr. Obama conceded that Iran supplies Hezbollah and Assad, while implying he could do nothing about it. The truth is that he chose to do nothing because he didn’t want to offend Iran and jeopardize his nuclear talks. Instead he should have increased the pressure across the board to assist the negotiations and get a better deal.

As for Mr. Obama’s false choice of war and diplomacy, the truth is that war becomes less likely when diplomacy is accompanied by the credible threat of war. The President removed that credible threat from Iran by insisting war was the only (bad) alternative to his diplomacy, as well as by threatening force against Syria only to erase his own “red line.” In May Supreme Leader Ali Khamenei boasted that the U.S. military “can’t do a damn thing” against Iran. He understood his negotiating partner all too well.

Mr. Obama is now presenting his deeply flawed deal to Congress and the public as a fait accompli that must be embraced or war will result. Congress shouldn’t be any more impressed by his false ultimatums than the Iranians were by his weak diplomacy.
Posted by Mladen Andrijasevic at 10:13 PM