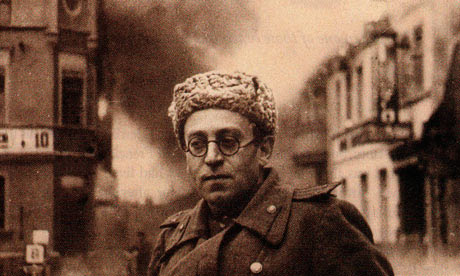 Posted by Mladen Andrijasevic at 11:44 AM

Off topic: A simple question for Catherine Ashton 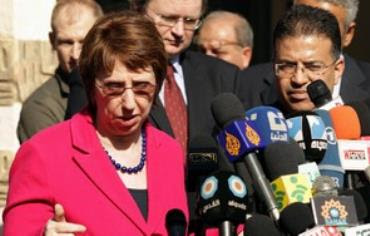 A question for Catherine Ashton:

Since Article 13 of the Hamas Charter reads:

"There is no solution for the Palestinian question except through Jihad"

while article Article 7 of the Hamas Charter reads:

"The Day of Judgement will not come about until Moslems fight the Jews (killing the Jews), when the Jew will hide behind stones and trees. The stones and trees will say O Moslems, O Abdulla, there is a Jew behind me, come and kill him".

and since Article 7 is taken from Hadith Bukhari Volume 4, Book 52, Number 177 and quotes the Prophet Muhammad:
"Narrated Abu Huraira: Allah's Apostle said, "The Hour will not be established until you fight with the Jews, and the stone behind which a Jew will be hiding will say. "O Muslim! There is a Jew hiding behind me, so kill him."
does Catherine Ashton believe that Hamas will abolish its Charter and renege on Muhammad’s words in the Charter?

Posted by Mladen Andrijasevic at 10:41 AM

Off topic. Obama to Putin: STOP or I will do NOTHING! 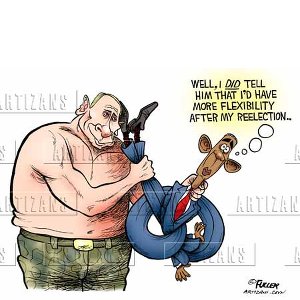 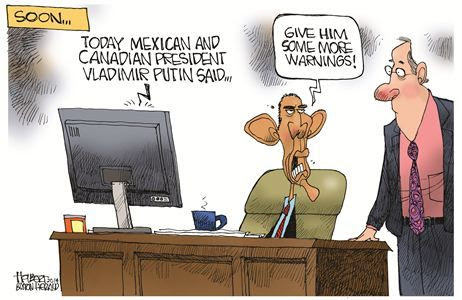 Posted by Mladen Andrijasevic at 11:51 PM

The Ukraine crisis – how does it affect us in Israel?

But how does it affect us? To quote Neville Chamberlain ‘ How horrible, fantastic, incredible it is that we should be digging trenches and trying on gas-masks here because of a quarrel in a far away country between people of whom we know nothing”

The situation in Ukraine is bad and it will probably get worse.  But what it means for Israel is: What is happening this very minute in Ukraine is the consequence of the incompetent foreign policies of the Obama administration.  Alarm bells should be ringing in Jerusalem regarding Iran, despite the preparations for the Seder tonight.

As for tense situations, here is one from 100 years ago:

The discussion had reached its inconclusive end, and the Cabinet was about to separate, when the quiet grave tones of Sir Edward Grey's voice were heard reading a document which had just been brought to him from the Foreign Office. It was the Austrian note to Serbia. He had being reading or speaking for several minutes before I could disengage my mind from the tedious and bewildering debate which had just closed. We were all very tired, but gradually as the phrases and sentences followed one another impressions of a wholly different character began to form in my mind. This note was clearly an ultimatum; but it was an ultimatum such as had never been penned in modern times. As the reading proceeded it seemed absolutely impossible that any State in the world could accept it, or that any acceptance, however abject, would satisfy the aggressor. The parishes of Fermanagh and Tyrone faded back into the mists and squalls of Ireland, and a strange light began immediately, but by perceptible graduations, to fall and grow upon the map of Europe.

I always take the greatest interest in reading accounts of how the war came upon different people; where they were, and what they were doing, when the first impression broke on their mind, and they first began to feel this overwhelming event laying its fingers on their lives. I never tire of the smallest detail, and I believe that so long as they are true and unstudied they will have a definite value and an enduring interest for posterity... 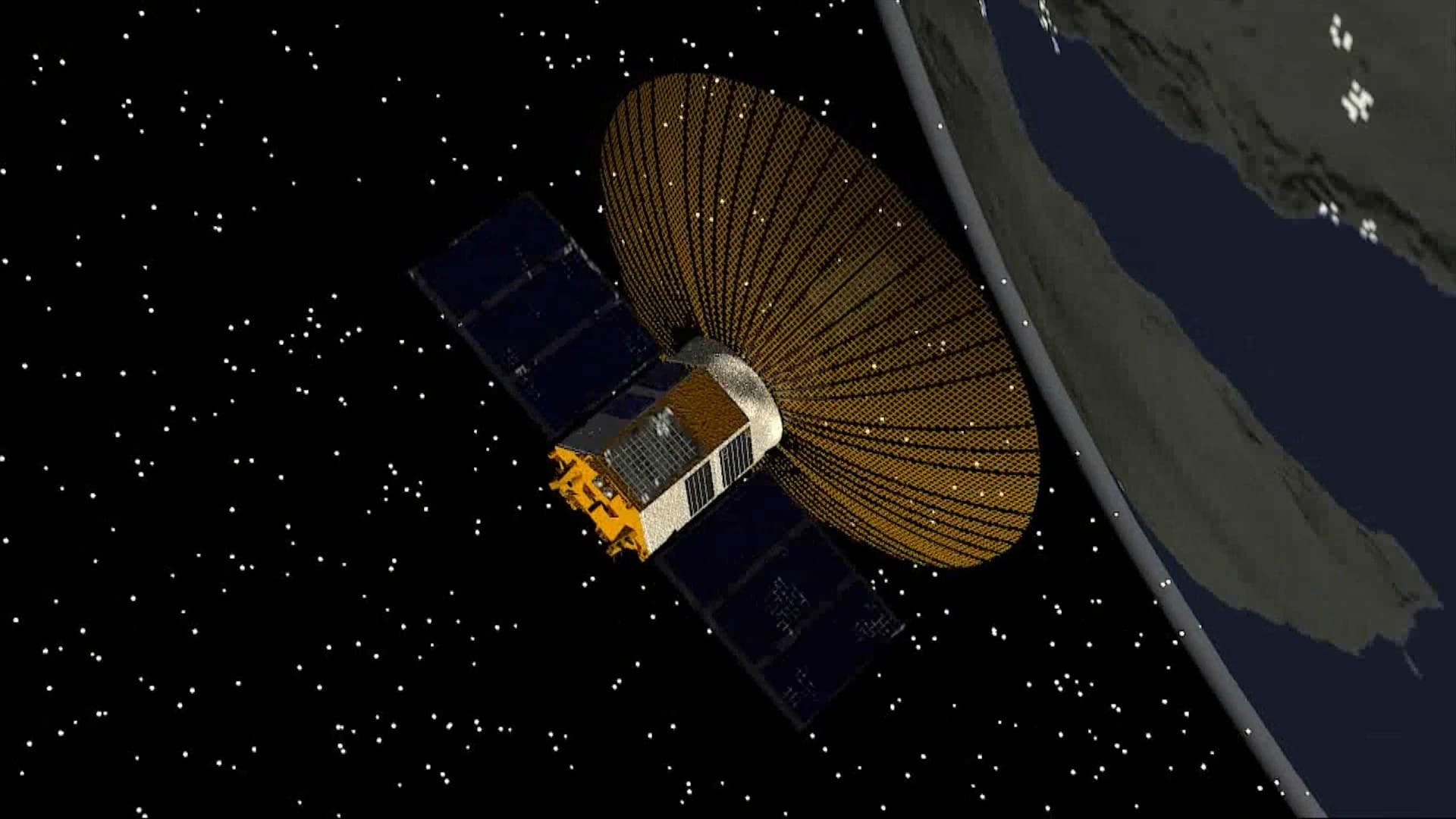 ·         BY RUTH EGLASH  April 10 at 4:21 pm
JERUSALEM – Israel’s capacity to keep tabs on Iran was boosted Wednesday night after the successful launch into space of its 10th and most advanced satellite to date.
The satellite, which Israelis call Ofek 10 (Ofek meaning horizon in Hebrew), entered into orbit around the Earth in the early hours of Thursday morning and immediately started transmitting signals back, according to information shared by Israel’s Ministry of Defense and Israel Aerospace Industries.

A video of the launch as well as animation of the satellite in orbit can be seen below:

Following the launch, Ya'alon said the venture was "further testimony to Israel's impressive ability to develop and lead at the forefront of technology.”

He added that Ofek 10 would improve Israel's “intelligence capabilities and allow the defense establishment to better deal with threats both close and far, all hours of the day and in all weather conditions. We continue to increase the vast qualitative and technological advantage over our neighbors."

Just last month during a visit to Washington, Israel’s Prime Minister Benjamin Netanyahu reiterated to both President Obama and to U.S. Jewish leaders his warnings about Iran’s desire to obtain nuclear weapons and what it would mean if they were successful. “Letting the worst terrorist regime on the planet get atomic bombs would endanger everyone, and it certainly would endanger Israel since Iran openly calls for our destruction,” Netanyahu told U.S. Jews gathered at the American Israel Public Affairs Committee (AIPAC) annual conference.

This is the seventh Israeli satellite in orbit — Israel launched its previous incarnation, Ofek 9, in June 2010. The new Ofek is an remote-sensing observation satellite that employs synthetic aperture radar technology with advanced high-resolution imagery, capable of operating day or night and in all weather conditions.

Posted by Mladen Andrijasevic at 1:46 AM

On Sept 2, 1939, when some MPs heard Chamberlain's reaction to Hitler's attack on Poland (the previous day), they vomited. This is exactly how I felt when I heard Kerry’s remarks

But perhaps this need further elaboration since I got a talkback asking what has 1939 got to do with the Palestinians. .

When a politician’s behavior is so disgraceful there are no words to describe it. One can only throw up in disgust.

Kerry focuses blame for impasse in talks on Israel

E SIGN UP!
At the same time, he expressed hope that the two sides would continue to negotiate, but also warned that there was a “limit” to how much effort the US government could invest in the process if the two parties weren’t serious about negotiating a pact.
“Both sides wound out in a position of unhelpful moves,” Kerry said at a hearing of the Senate Committee on Foreign Relations, delineating what he said led to the current impasse.
“The prisoners were not released by Israel on the day they were supposed to be released and then another day passed and another day, and then 700 units were approved in Jerusalem and then poof — that was sort of the moment,” Kerry said.
The secretary of state was referring to the planned fourth release of Palestinian security prisoners, which was originally slated for March 29. Israel did not proceed with the release on time, with Jerusalem saying that it was delayed because the Palestinian Authority had demanded that Israeli Arabs be among those freed and was unwilling to commit to extend peace talks beyond their April 29 deadline.
On April 1, the Israel Lands Authority reissued a call for tenders for 708 homes in the East Jerusalem neighborhood of Gilo, which is located beyond the 1967 lines and was annexed by Israel.
Later that same day, PA President Mahmoud Abbas signed 15 letters of accession to multilateral treaties and conventions, in what Israel said was a clear breach of Ramallah’s commitment not to take unilateral steps to advance their statehood bid so long as the talks were ongoing.
“The treaties were unhelpful, and we made that crystal clear to the Palestinians,” Kerry said at the Senate hearing.
He also said that Palestinians recognition of Israel as a Jewish state should be part of a final peace agreement, but added that the step would likely only be achieved at the very end of the process and not at the outset. Prime Minister Benjamin Netanyahu has in recent months elevated the demand for such Palestinian recognition to that of a core issue.
Despite his evident frustration, Kerry said it was still possible for the two sides to find a way to extend the talks and return to “substantive discussion.”
Senator John McCain told Kerry that “talks, even though you might drag them out for a bit, are finished,” but the secretary of state replied by saying that the peace process should not be declared dead as long as the two sides declare their willingness to continue negotiating.
At the same time, Kerry said, “there are limits to the amount of time the president and myself can put into this, considering the other challenges around the world, especially if the parties can’t commit to being there in a serious way.”
Afterward, the State Department attempted to dispel the impression that Israel had been singled out for harsher criticism in Kerry’s comments.
“As he has been throughout this impasse, today Secretary Kerry was again crystal clear that both sides have taken unhelpful steps and at no point has he engaged in a blame game,” spokeswoman Jen Psaki said.
“Today he even singled out by name Prime Minister Netanyahu for having made courageous decisions to bring the process this far. Now it is up to the parties and their leaders to determine whether we maintain a productive path,” she added.
Kerry was set to meet US President Barack Obama and Vice President Joe Biden in the Oval Office later Tuesday to discuss the fate of the peace talks.
Senior officials have rejected the idea that Obama intends to pull the plug on the peace effort, and say he deeply appreciates his top diplomat’s efforts.
But equally, Obama may need to be convinced that Kerry’s intense focus on the initiative is merited given its apparently slim chance of success and deepening global crises crying out for US attention elsewhere.
“The issue now is whether the parties can demonstrate that they are willing to make the difficult decisions necessary to move the process forward,” said White House spokesman Jay Carney.
“The parties understand what the choices are and they understand that these are not decisions that the United States or any other country can make. The parties themselves have to make them.”
On Wednesday, Kerry will meet with Foreign Minister Avigdor Liberman in Washington.


AFP contributed to this report.
Posted by Mladen Andrijasevic at 11:57 AM