Kabul 2021 may resemble Saigon 1975 yet there is a crucial difference – and not the one Seth Frantzman mentions (“Kabul disaster isn’t like Saigon, where US saved thousands in 1975,” August 16). The West in 1975 understood Communist ideology very well. The West today has yet to do its homework on Islamic “Medina” ideology.

It is therefore imperative that in view of Defense Minister Benny Gantz’s Aug 4 warning that “Iran is 10 weeks from breakout to a nuclear weapon,” Israel should make its own decisions and not be distracted by the Biden administration whose understanding of the Shia “Twelvers” in Iran is no better than their understanding of the Taliban Sunni jihadists in Afghanistan.

Posted by Mladen Andrijasevic at 11:43 AM

Gantz: Iran is 10 weeks from breakout to a nuclear weapon 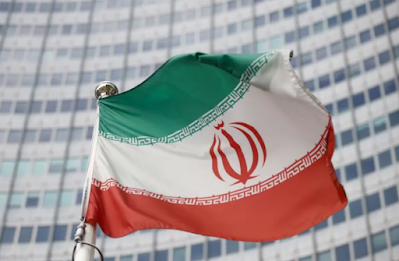 Iran will be able to break out to a nuclear weapon within 10 weeks, Defense Minister Benny Gantz told diplomats from UN Security Council member states on Wednesday.

“Iran has violated all of the guidelines set in the JCPOA [nuclear agreement] and is only around 10 weeks away from acquiring weapons-grade materials necessary for a nuclear weapon,” Gantz warned.

“Therefore,” he added, “it is time to act. The world must apply economic sanctions and take operative action against Iran's Islamic Revolutionary Guard Corps.”

In recent weeks, top Israeli officials, including Prime Minister Naftali Bennett, Foreign Minister Yair Lapid and Gantz have expressed alarm to the US and others that Iran is taking advantage of a long pause in negotiations to return to the JCPOA to dramatically advance its nuclear program. The talks have been on hold since June, and the regime in Tehran says they will not restart at least until after its new president, Ebrahim Raisi, forms a new government later this month.

Gantz’s remarks were made in a presentation with Lapid to diplomats from UN Security Council member states on Wednesday, as part of a push by Israel for the UNSC to sanction Iran for its maritime attacks, including on the Mercer Street, which is managed by an Israeli company, and Asphalt Princess in the Gulf in the past week.

Saudi Foreign Minister Prince Faisal bin Farhan Al Saud repeated Riyadh's stance at a virtual conference of the Aspen Security Forum on Tuesday that it could live with a "longer and stronger" version of Iran's 2015 nuclear deal with world powers if it ensured Tehran never obtained nuclear arms know-how.

"We certainly support a deal with Iran as long as that deal ensures that Iran will not now or ever gain access to nuclear weapons technology," he said, saying Riyadh would welcome an Iran that contributed to regional stability and prosperity.

"But that would require (Iran) engaging in the region as a state actor in a normal way..., not supporting militias, not sending weapons to armed groups, and most importantly, giving up a nuclear program which might be used... to develop nuclear weapons."

Reuters contributed to this report

If this is true Israel has no choice but to preempt.


Posted by Mladen Andrijasevic at 9:39 AM