Mordechai Kadar - Iran Attacks Saudi Arabia, Why and What Comes Next?

Posted by Mladen Andrijasevic at 7:51 AM 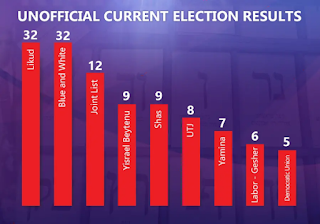 Again, Israelis seems to have forgotten Iran. After all, it is essential that whoever is the PM of Israel understands that when it comes to nuclear deterrence Iran cannot be deterred since according to Bernard Lewis "For people with this mindset, M.A.D. is not a constraint; it is an inducement... "

Since Benyamin Netanyahu and Michael Oren ( who is not running) are the only two Israeli politicians who have quoted Bernard Lewis on MAD, one would expect that that the electorate would rely on Bibi. Apparently not, not even at the time when Pompeo is in Saudi Arabia blaming Iran for the oil attacks.

Go figure!
Posted by Mladen Andrijasevic at 12:54 AM

I just found out that my whole blog MAD Is Dead has been banned on Facebook.
At first I though that it had to do with the contents of a particular page. But when I saw I could not post Maxwell’s Equations I realized that they have banned the whole blog! I hope I will eventually get to the bottom of this.

Try accessing the blog first and then posting this link on Facebook
https://madisdead.blogspot.com/2013/11/maxwells-equations.html 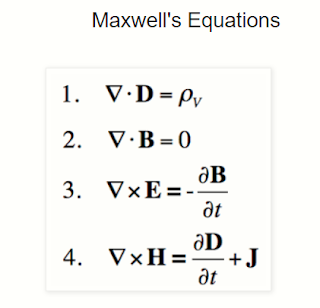 Posted by Mladen Andrijasevic at 8:40 AM 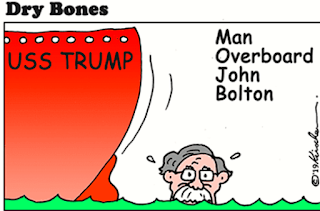 Trump seems to be obsessed with “deals” and some deals, to put it in Orwellian terms, are “more equal than others”, particularly those where the Treaty of Hadubiyyah serves as a model.  In contrast to Trump,  Bolton understood  that you cannot do deals with jihadists. So poor Bolton could not take it any more that Trump was negotiating with the Taliban, on the week of the 9/11 anniversary.

Posted by Mladen Andrijasevic at 1:47 AM


Russian ambassador to Israel Anatoly Viktorov writes: “On September 17, 1939, the Red Army entered Polish territory and was instructed not to use weapons against the Polish Army until any military actions took place.”  Translated, this means that on September 17, 1939, following the secret protocols of the Molotov-Ribbentrop Pact, the USSR invaded Poland from the east.

While it is true that the West procrastinated and ultimately bungled its response to Litvinov’s April 17,1939 triple alliance proposal, Soviet ambassador to Germany Merekalov had initiated the contact with Ribbentrop’s under secretary Waizsacker the very next day, so Stalin had been duplicitous from the start.

What the Russian ambassador is trying to whitewash is the nature of the agreement between the two totalitarian regimes, in grabbing territories by joint aggression, explained in the joint declaration by Estonia, Latvia, Lithuania, Poland and Romania:
“August 23 will mark 80 years since the signing of the Molotov-Ribbentrop Pact between the Soviet Union and Nazi Germany that sparked World War II and doomed half of Europe to decades of misery. The Pact contained the secret protocol which effectively carved up Eastern Europe into spheres of influence.

This is why on this day proclaimed by the European Parliament as a European Day of Remembrance for Victims of Totalitarian Regimes we remember all those whose deaths and broken lives were a consequence of the crimes perpetrated under the ideology of Nazism and Stalinism. “

The similarity in the ideologies  of Stalinism and Nazism is best depicted in Vasily Grossman’s masterpiece Life and Fate in the conversation between Obersturmbannfuhrer  Liss  and Mostovskoy:  “When we look one another in the face, we're neither of us just looking at a face we hate – no, we're gazing into a mirror….   'The German Communists we've sent to camps are the same ones you sent to camps in 1937. Yezhov imprisoned them: Reichsfuhrer Himmler imprisoned them.”

Gazing into a mirror

Posted by Mladen Andrijasevic at 12:03 PM