Imagine that Brighton were Gaza 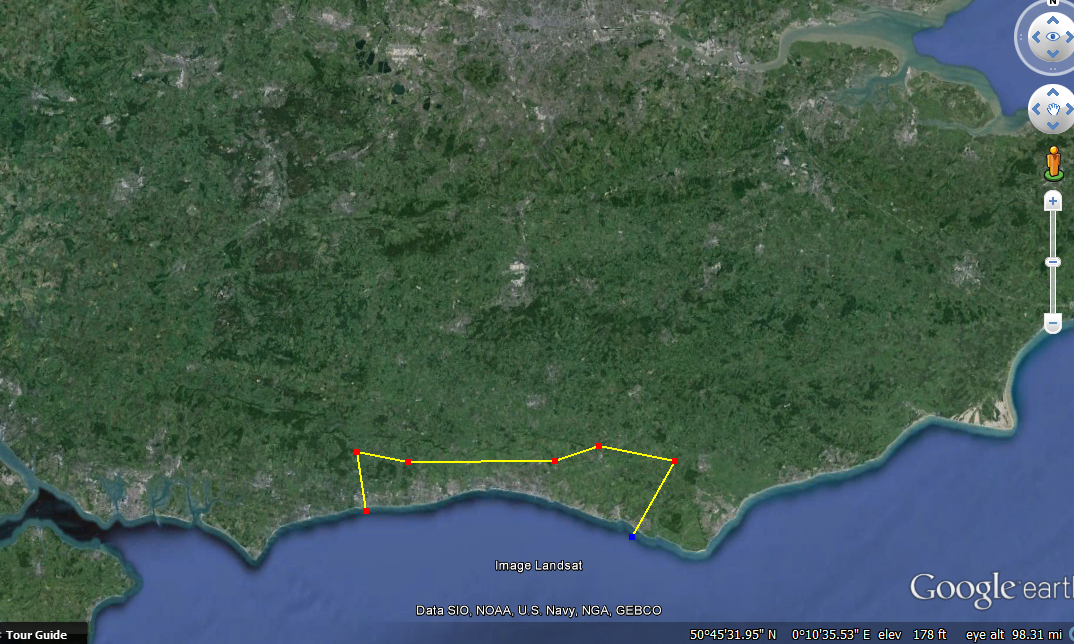 The jihadist mindset is really puzzling to me. Is it possible that they do not realize that Israel has the means to kill not 7 terrorists but 70 or 700? How does their mind work? They attack Israeli population centers and then expect Israel to do what? Have they any notion of history and how other countries reacted when their citizens were under fire, the Brits during the Blitz and later under V1 and V2 attacks?
The situation is in fact so absurd that you have to think hard to come with an analogy, and you cannot because there is none. The nearest I could think of is that you have an enclave of Germans in Brighton with the SS launching rockets at London from Brighton. What would Churchill in his War Rooms at King Charles Street have done?
Well, I came out of the mamad (safe room) a few hours ago where all the staff of our hi-tech company went into after the sirens went off and was thinking: This is too absurd to describe. What other country in the world would tolerate this crap?

By 3:30 am we already have had 4 attacks since 11 pm, I think 8 altogether, lost count, and I was getting tired  to every time get up and shut the door of the safe room when the siren goes off and reopen it after the attack.  I once calculated that we would have enough air in the safe room for about 10 hours because when the door is shut the room is hermetically sealed, but it is uncomfortable to sleep in a room if you know that you are using up the air slowly . Feels as if you were in a submarine. Das Boot and The Hunt for Red October comes to mind. However, if you leave the door or the window ajar  there is always the probability, small, but not zero, that the shrapnel would ricochet into the room . Still,  I left the door open and went back to sleep, till the next red alert. Should try and do the math and calculate the probabilities and consequences of leaving the door open.

It was eerie to drive  through almost deserted streets of Be'er Sheva  this morning to pick up my daughter from the bus stop. A few taxis and nobody else.  At least there are no cars at intersections so you could more easily take cover within the 60 seconds.  On the way back I asked my daughter to  measure how long it would take us from  the nearest circle till home. 54 seconds. Should not make a dash for it if caught at the circle. Too risky.

Tried to post Article 7 of the Hamas Charter and Hadith Bukhari Volume 4, Book 52, Number 177  from which it is taken on Sky News . Article 7 reads  " The hour of judgment shall not come until the Muslims fight the Jews and kill them, so that the Jews hide behind trees and stones, and each tree and stone will say: 'Oh Muslim, oh servant of Allah, there is a Jew behind me, come and kill him,' except for the Gharqad tree, for it is the tree of the Jews."  It never appeared on the Sky News site. Censored. Direct quotes from the Hamas Charter is just too much truth for the Brits. Churchill must be turning in his grave. This is not Britain's finest hour.

My son's school teacher phoned to inquire about my son. He's fine my wife says. She skips the fact that he is thanking Hamas there is no school. Homework assignment is on the internet. In the meantime he is playing chess with himself.

Obama is backing Israel's action. Very nice. Everyone seems to have forgotten that only three years ago his administration transferred $900 million to Hamas. The 69 percent of American Jews who voted for him could not care less that the Soviet designed, Chinese manufactured Grads falling on my head are being financed by the American taxpayer.  Maybe they will more concerned with their own soap opera scandal and interested what Petraeus will say in his testimony to the congressional intelligence panels.

Meanwhile the Mahdi, the 12th Imam,  is still in occultation but the centrifuges are spinning...

Update, Dec 2:  The other day while driving in Be'er Sheva I realized I had found the music I should listen to during Grad attacks.  Shostakovich's  "Leningrad"  Symphony.  The wailing of the sirens goes well together with the main repetitive theme of the approaching German armies...

Posted by Mladen Andrijasevic at 10:41 PM