Obama is the first US president who genuinely conceives of Islam as not inherently opposed to American values or interests. 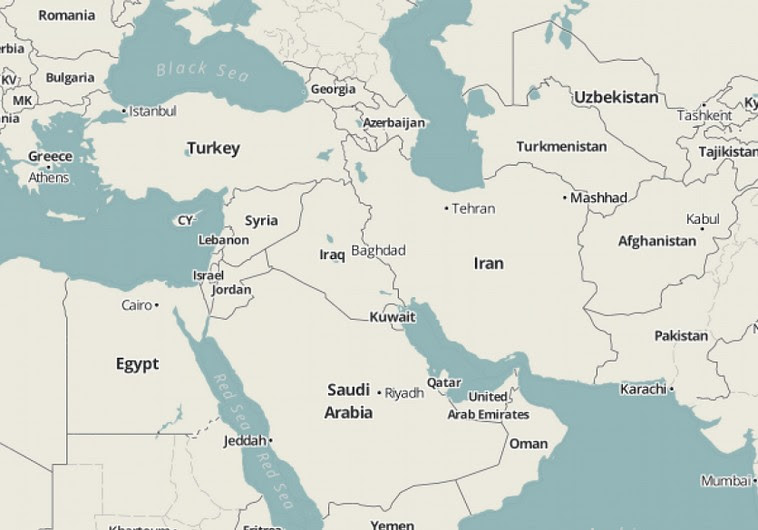 I also know that Islam has always been a part of America’s story – Barack Hussein Obama, Cairo, June 4, 2009

Islam has been woven into the fabric of our country since its founding – Barack Hussein Obama, the White House, February 18, 2015

Barack Hussein Obama is the first US president who is explicitly and overtly unmoored, both cognitively and emotionally, from the moorings of America’s founding Judeo-Christian cultural heritage, and who genuinely conceives of Islam as not inherently opposed to American values or American interests.

A question of cultural affinity?

It is through this Islamo-philic prism that the Obama administration’s attitude to, and execution of, its foreign policy must be evaluated – including its otherwise incomprehensible capitulation this week on Iran’s nuclear program.

Almost two years ago, I wrote a column titled, “Will the West withstand the Obama presidency?” (11/28/2013). In it I warned: “For anyone who understands that the US Constitution is not a Shari’a-compliant document...

it should be alarmingly apparent that the Obama incumbency is a dramatic and disturbing point of inflection in the history of America and its Western allies... whose political practices and societal norms are rooted in Judeo-Christian foundations in a cultural rather than in any religious sense.”

There is little alternative explanation to account for the metamorphosis that has taken place in how the US has approached resolving the impasse with Tehran, as starkly laid out by two former secretaries of state, Henry Kissinger and George Shultz.

In a Wall Street Journal opinion piece, “The Iran Deal and Its Consequences” (April 7), they note that the negotiation has been turned “on its head.” As they point out: “For 20 years, three presidents of both major parties proclaimed that an Iranian nuclear weapon was contrary to American and global interests – and that they were prepared to use force to prevent it. Yet negotiations that began 12 years ago as an international effort to prevent an Iranian capability to develop a nuclear arsenal are ending with an agreement that concedes this very capability.”

Even before the specifics of the risible inspection mechanism, which one Israeli minister aptly described as “worse than worthless,” Kissinger and Shultz laid out the difficulties that would render any extended inspection endeavor ineffective: “In a large country with multiple facilities and ample experience in nuclear concealment, violations will be inherently difficult to detect.”

With considerable prescience, they warn: “Devising theoretical models of inspection is one thing. Enforcing compliance, week after week, despite competing international crises and domestic distractions, is another. Any report of a violation is likely to prompt debate over its significance – or even calls for new talks with Tehran to explore the issue.

Envisaging the problems likely to arise in enforcing any agreement, they caution: “Compounding the difficulty is the unlikelihood that breakout will be a clear-cut event.

More likely it will occur... via the gradual accumulation of ambiguous evasions. When inevitable disagreements arise over the scope and intrusiveness of inspections, on what criteria are we prepared to insist and up to what point? If evidence is imperfect, who bears the burden of proof? What process will be followed to resolve the matter swiftly?”

But even without the daunting generic difficulties described by Kissinger and Shultz, the inspection mechanism provided for in the nascent deal make a mockery of Obama’s contention (July 14): “... this deal is not built on trust; it is built on verification,” and, “Because of this deal, inspectors will also be able to access any suspicious location... [They] will have access where necessary, when necessary.”

One can hardly imagine a more grossly misleading representation of the deal – so much so that it is difficult not to find it strongly reminiscent of the Muslim tactic of taqiya (the religiously sanctioned deception of non-Muslims).

Indeed, immediately following the announcement of the agreement, Ben Rhodes, Obama’s deputy national security adviser, made a stunning admission to CNN’s Erin Burnett. Starkly contradicting the president’s contention of “access where necessary, when necessary,” Rhodes conceded, “We never sought in this negotiation the capacity for so-called anytime, anywhere,” which is diametrically opposed to the impression he conveyed in April this year when queried on this issue.

You couldn’t make this stuff up

For as it turns out, it provides the Iranians with ample warning of impending inspections on any suspected violation, and ample ability to forestall the definition of any given suspicious event as a possible violation.

Thus in the case of a suspected infringement in any undisclosed (to the international community) site, the Iranians will have at least 24 days’ notice. Moreover, inspectors will not be able to conduct surprise visits but will be required to “provide Iran the basis for such concerns and request clarification.” No kidding!!! But wait, there’s more.

If Iran’s explanations do not adequately assuage international concerns, inspectors “may request access to such locations” to make sure no illicit activity has occurred. But first they need to “provide Iran the reasons for access in writing and will make available relevant information.” You can’t make this stuff up.

But here’s the kicker: Should the Iranians and the inspectors prove unable to “reach satisfactory arrangements,” Tehran will resolve any concerns “through necessary means agreed between Iran and the IAEA.” If there is still no agreement two weeks after the initial inquiry is filed, the crisis will be resolved by vote in the so-called Joint Commission – consisting of the six world powers, a representative of EU and – wait for it – Iran.

Astonishingly, nearly all the decisions of the Joint Commission, tasked with overseeing/ administering the implementation of the deal, are to be made by consensus – which in effect gives Iran veto power over them. In the case of inspection access, it is sufficient for two of its eight members (say China and Russia) to abstain for Iran to block any decision it dislikes.

It is thus difficult to dispute Benjamin Netanyahu’s characterization of the deal during his address in the Knesset when he likened it to giving drug dealers notice of an impending raid: “It’s like giving a criminal organization that deals drugs a 24-day warning before inspecting its drug lab.”

But worse – the deal requires the international inspectors to expose the sources of intelligence that lead to the detection of the possible infringement – thereby virtually ensuring the termination of their effectiveness.

As Netanyahu remarked: “The agreement also requires the world powers to... show Iran the very intelligence for which they want to conduct the inspections in the first place.”

It is possible that all this could be nothing more than mind-boggling incompetence and blatant lack of foresight? Or are these glaring loopholes the reflection of intent.

Devil not in details

After all, the more you think about the unenforceable, unverifiable agreement just concocted in Vienna, the more implausible it seems. As Alan Dershowitz points out in a Jerusalem Post opinion piece this week, “The devil is not so much in the details as in the broad outlines of this deal.”

Rather than the detailed minutiae of the deal, it is its deeply flawed overall structure that makes it so difficult to comprehend – unless the motives for its conclusion are reexamined.

For unless one is imbued with the child-like naiveté to believe that the tyrannical clergy who head the totalitarian theocracy in Tehran, on seeing their defiant intransigence vindicated and having vast additional resources placed at their disposal, will suddenly change their worldview, the picture of emerging realities is decidedly bleak and bewildering.

The spectacle unfolding before us is almost incomprehensible by any rational criterion.

Virtually the entire developed world, led by the only superpower on the planet, has for all intents and purposes conceded a legitimized path to weaponized nuclear status for a fanatical fundamentalist regime, ideologically bent on the destruction of America and its allies, and a major proliferator of terrorism, committed to attaining regional hegemony at the expense of relatively pro-Western governments.

Despite dwarfing Iran in terms of military might, economic wealth, physical size and population, Tehran’s interlocutors have provided it with vast resources to enormously enhance its nefarious pursuits across the region and beyond.

The ominous consequences are not difficult to foresee.

As Ariel Ben Solomon, the Post’s Middle East correspondent, wrote in a recent report, “Iran deal to see Middle East conflicts go on steroids,” “A stronger Iran will translate into a more robust Hezbollah in Lebanon, Houthi movement in Yemen, and Shi’ite forces in Iraq and Syria, and increasing sectarian strife fueled by Shi’ite minorities or Iranian agents throughout the Arab world.” (July 16) There is precious little reason for believing any other outcome is plausible.

In a July 15 interview, New Jersey Democrat Sen. Bob Menendez lamented another aspect of the deal, relating to easing restrictions on conventional weapons to Iran: “When you lift the arms embargo to a country that is the major sponsor of... terrorism in the world and is already destabilizing the region in Yemen, Lebanon, Syria [and] Iraq, to give them – after they are going to get $100 billion-150b. in economic relief – the opportunity to buy conventional weapons and improve their missile technology doesn’t seem to me to be in the national interest of the United States.”

The intriguing question is, of course, does this seem to President Obama to be in the national interest of the United States? And if so, why so? If so, how so?

‘No alternative’: A mindless mendacious mantra

The almost Pavlovian response of the apologists for the Iran deal is that its critics have not offered a feasible alternative. This is a claim – for want of a better word – so feeble that it barely merits a response.

As Sen. Menendez points out: “We never tested the proposition that dismantling elements of Iran’s illicit nuclear infrastructure was possible. It is pretty hard for me to believe that the world powers, sitting on one side of the table, the five permanent members of the Security Council plus Germany and the European Union looking at the Iranians... suffering under staggering sanctions... and falling oil prices couldn’t get a deal that eliminated some of that infrastructure.”

Rebutting John Kerry’s claim that such a goal was achievable only in “a world of fantasy,” Menendez retorted, “I don’t know that that is a ‘world of fantasy.’ Isn’t it possible with all the world on one side of the table, and Iran reeling with economic challenges, that you couldn’t have done better as relates to eliminating that nuclear infrastructure.”

Of course if the underlying assumption is that alternatives are only feasible if Iran deigns to accept them, then the apologists may be right. However, if the rationale were not to accommodate the ayatollahs, but to coerce them, the alternative is clear: Enhanced sanctions backed by the credible threat of military action aimed at destroying Iran’s nuclear facilities and their attendant infrastructure.

But despite the overwhelming preponderance of power in their favor, the US and its Western allies seem to have forsworn the use of force, or even the credible specter thereof. As Kissinger and Shultz remark: “The threat of war now constrains the West more than Iran.”

This will clearly have a devastating impact on both friend and foe in the region.

It will destroy the confidence of US allies who will therefore be compelled to either acquire their own appropriate arsenals, as they can no longer rely on America for their security, or to become compliant client states of a hegemonic Iran.

For Iran it sends an equivocal message that it can violate the terms of the deal with impunity – for if what it encountered at Vienna is all the West can throw at it, what does it have to fear? There can be little doubt that what happened in Vienna this week has shredded America’s standing in the Middle East.

Some might even suspect that that was the purpose of the exercise.

Posted by Mladen Andrijasevic at 10:45 PM