Here is a link to a speech of his on my blog  from 2014:
A watershed speech by Czech president Miloš Zeman
Posted by Mladen Andrijasevic at 11:02 AM 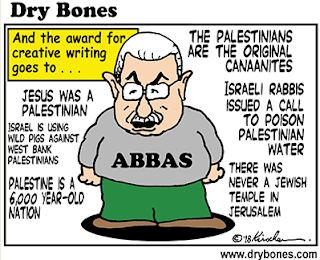 Posted by Mladen Andrijasevic at 11:35 PM

With regard to “Trump cuts UNRWA funding in half” (January 17), how long are we going to permit ourselves to be bamboozled by UNRWA when, according to Dr. Daniel Pipes, 99% percent of “Palestine refugees” are fake? In his January 10 blog entry, Dr. Pipes writes: “And even if no one replaced US donations, denying UNRWA money does not get to the heart of the problem, which lies not in its sponsored activities but in its perpetuating and expanding population of “Palestine refugees” in three unique, even bizarre ways: allowing this status to be transferred without limit from generation to generation; maintaining the status after refugees have acquired a nationality (such as Jordanian); and assigning the status to residents of the West Bank and Gaza, who live in the putative Palestinian homeland. These tricks allowed UNRWA artificially to expand the refugee population from 600,000 in 1949 to 5.3 million now; an accurate count of real refugees now alive numbers around 20,000.”


He issues a red line to rewrite the nuclear deal or reimpose sanctions.

By  The Editorial Board

President Trump said Friday that he’s waiving sanctions related to the Obama-era Iran nuclear deal—for the last time. In essence he issued an ultimatum to Congress and Europe to revise the agreement or the U.S. will reimpose sanctions and walk away. His distaste for the nuclear deal is right, but the risk is that Mr. Trump is boxing himself in more than he is the Iranians.

Mr. Trump said in a statement that he is waving sanctions, “but only in order to secure our European allies’ agreement to fix the terrible flaws of the Iran nuclear deal.” He added: “This is a last chance. In the absence of such an agreement, the United States will not again waive sanctions in order to stay in the Iran nuclear deal. And if at any time I judge that such an agreement is not within reach, I will withdraw from the deal immediately. No one should doubt my word.”

That’s called a red line, and it means that if his terms aren’t met within 120 days, Mr. Trump will have to follow through or damage his global credibility. Presidents should be careful about putting themselves in box canyons unless they have a clear idea of a way out and what his next steps are.

Does Mr. Trump know? It isn’t obvious. Mr. Trump rightly focuses on the core faults of the accord: major provisions start sunsetting after 2023; the failure to include Iran’s ballistic-missile programs; and inadequate inspections. He wants the European allies that also negotiated the deal—France, Germany and the United Kingdom—to rewrite it with the U.S.

But Iran is sure to resist, and so will China and Russia. French, British and German companies already have billions in business deals invested or being negotiated with Iran, and their political leaders will be loathe to jeopardize them. European leaders have been embarrassingly quiet amid the anti-regime protests in Iran. European Union foreign-policy chief Federica Mogherini hosted the foreign ministers of Britain, Germany, France and Iran this week. They expressed support for the deal and said little about Tehran’s protest crackdown.

If the Europeans resist a nuclear renegotiation, Mr. Trump would then have to act alone with U.S. sanctions. While those are potent, to be effective they will have to target non-U.S. companies that do business with Iran, including our friends in Europe.

Some fear Iran would use reimposed U.S. sanctions as an excuse to walk away from the deal and rush to build a bomb, but we doubt it. The more likely scenario is that Iran will continue to court European business and try to divide the U.S. from its allies and block a new antinuclear coalition. The mullahs will claim to be abiding by the deal even as the U.S. has walked away.

On Friday Mr. Trump also challenged Congress to strengthen the nuclear deal’s terms under U.S. law, most likely by amending the 2015 Iran Nuclear Agreement Review Act. This will require 60 votes in the Senate, which means Democratic support. This will test the sincerity of Minority Leader Chuck Schumer, who opposed the deal. But in today’s polarized Washington, partisanship no longer stops at the water’s edge. Mr. Trump won’t persuade Europe if he can’t persuade Congress.

The question all of this raises, as British Foreign Minister Boris Johnson put it Thursday, is what is the policy alternative policy to the nuclear deal. The answer is containment with a goal of regime change. The people of Iran have again showed their displeasure with the regime, and the world should support them. We’d back such a strategy, but it isn’t clear that this is Mr. Trump’s emerging policy, or that he and his advisers know how to go about it.

The Treasury Department is moving ahead with sanctions against Iran for its ballistic missiles, including 14 more individuals and entities “in connection with serious human rights abuses and censorship in Iran.” The targets include the head of Iran’s judiciary and the cyber units trying to prevent protesters from organizing and accessing reliable news. But Mr. Trump has been reluctant to counteract Iran’s adventurism in Syria or Iraq, and a policy of regime change can’t be half-baked.

All of this is an enormous undertaking for an Administration already coping with the nuclear and ballistic threat from North Korea. The safer strategy would have been to keep waiving sanctions and let the nuclear deal continue while building support to contain and undermine Iran on other fronts. Mr. Trump can now say he has followed through on his campaign vow on Iran, but building a better strategy will take discipline and much harder work.

Posted by Mladen Andrijasevic at 8:50 AM 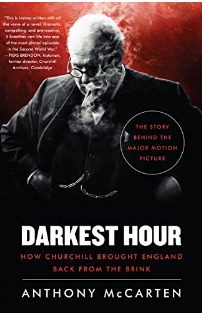 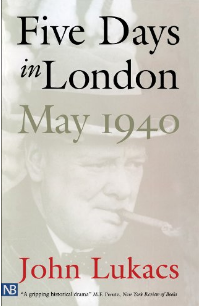