Bolton to Iran: Hell to pay if you cross us

Posted by Mladen Andrijasevic at 1:26 AM

The Il-20 downing. Whom are we to believe? Russia or Israel? 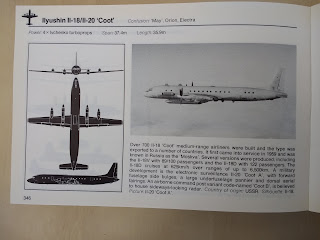 So after all the evidence the Israeli Air Force delegation presented to the Russians, they are still accusing Israel! Is this surprising? Hardly. A leopard never changes its spots.
Whom are we to believe?  The mentality that produced the reaction to the Kronstadt rebellion, the collectivization, the Ukrainian famine, the Kirov murder, the great Purge of the thirties, the Show Trials,  the Gulags, the Katyn massacre,  the Doctors’ Plot or just recently the bizarre RT Skripal poisoning suspects' interview?
Or should we believe Israel? For those who know history the answer is obvious.

Update, September 26, 2018.  Published as a letter to the editor in today’s Jerusalem Post

Posted by Mladen Andrijasevic at 12:27 AM

How manipulated are we? By Putin and by The Times of Israel?

It is a pitiful world we live in. Just when I wanted to demonstrate how manipulated we are by Putin’s handling of the Skripal poisoning suspect’s RT interview , I find out how The Times of Israel is using similar tactics. What a shame!

My post to the article  Russian spy poisoner suspect said to have been in Tel Aviv in 2016, as I see it

And this is what everyone else can see 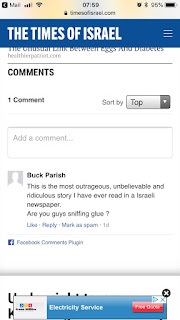 Posted by Mladen Andrijasevic at 1:09 AM

What did Putin want to achieve with the RT Skripal poisoning suspects' interview? 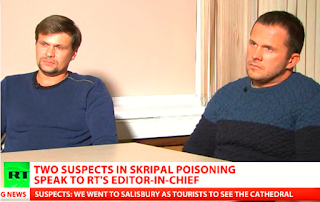 That journalists managed to find all these inconsistencies with the suspects’ passports and cover stories just shows that the Russians intended them to find them.  An experienced spy agency could not have been so sloppy.

So why is Putin doing this? They could have all just said nothing instead of having this preposterous Marx Brothers sketch interview on RT (transcript in English here) which the Washington Post thinks backfired. But did it backfire, or was not believing it the original intent?

I remember years ago, as a foreign student in the USSR, I often wondered how was it possible that the USSR had such primitive propaganda and was it not clear that so many Soviets would not believe it?

So is Putin doing the same today?  Giving the finger to the West?  Demonstrating the powerlessness of the West?

How Russian Suspects Used Nerve Agent on Spy in U.K.

Posted by Mladen Andrijasevic at 10:54 AM