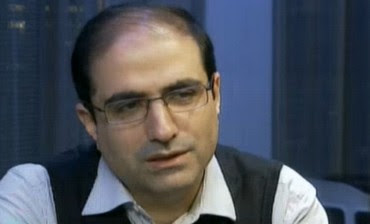 If Iran makes a nuclear bomb "it would definitely use it against Israel or against any other enemy state," a former representative of the Iranian Foreign Ministry said in an exclusive interview aired on Friday on Channel 2 television.
"The [Iranian] regime thinks that if it has several atom bombs, it will grant it an insurance policy," Mohammed Razza Hidari said. "They believe that if [they have a nuclear weapon], the world would treat them the way it treats North Korea."
He also warned that if Iran is allowed to stall for more time, "it will have the knowledge to make a nuclear bomb in less than a year."
Hidari, who was stationed at the Tehran International Airport and supervised many of the incoming flights, told Channel 2's Enrique Zimmerman that Venezuela provides uranium for Iran's nuclear program.
"Venezuela buys weapons from criminals and sends them to Iran," Hidari told Channel 2. "Among the things sent were, for example, uranium purchased from mob organizations and sent to the Islamic republic."
During his tenure at the airport, Hidari saw "many groups of Hezbollah men who came to Iran to acquire knowledge, among other things."
He also revealed the Iranian Revolutionary Guards Corps were in contact with terror organizations in Iraq and Afghanistan, that were linked to the Taliban and to al-Qaida.
Hidari also served as the Iranian envoy in several different countries, among them Georgia and Norway. There, he worked to recruit Western nuclear scientists by promising them a hefty salary.
Two years ago Hidari defected after seeing the Tehran regime suppress opposition protests by slaughtering citizens, and went into hiding in Oslo, Norway, where he works to overthrow Iran's Islamic regime.
"[The West] should impose political sanctions on Iran [such as] closing all Iranian embassies, and not allowing Iranian ministers to visit other countries, like they did with the Apartheid regime," Hidari concluded.

What Hidari says confirms what Bernard Lewis, Raphael Israeli, Reza Kahlili, Harold Rhode, Menashe Amir, Matthias Kuntzel  and  James Woolsey have been saying about Iran  attacking Israel, the US and Europe. However, Hidari does not explain how come Iran is not deterred  by the nuclear arsenal of the countries he says Iran intends to attack.   The above mentioned scholars do just that.  When will the censorship and self-censorship about the religious/ideological motives based in Shia eschatology and the Twelvers' beliefs be lifted so that the public can finally be informed what is so fundamentally different in the Iranian threat? How long can everyone pretend not to know?
The Israeli government should have organized a seminar of Islamic scholars  to discuss the validity of Bernard Lewis's MAD statement  "for people with this mindset, M.A.D. is not a constraint; it is an inducement..." . Why haven't they? At least it would become a topic of discussion, and not almost unknown or a taboo as in today's climate


Posted by Mladen Andrijasevic at 3:39 AM 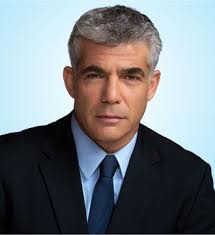 This election should have been about only one issue - Iran. If Iran gets the bomb all another issues become irrelevant since Iran is going to use the bomb - on us. And who understands the Iranian threat best among Israeli politicians? Bibi, of course, because Bernard Lewis himself talked to Bibi about Shia eschatology, the Twelvers and the Mahdi. It is unfortunate that all other Israeli politicians from Livni and Diskin to Olmert and Mofaz were not present when Bernard Lewis was explaining to Bibi that to the mullahs mutually assured destruction M.A.D. was not a constraint but an inducement- these politicians still demonstrate their appalling lack of understanding of the essence of the problem with Iran. Bibi should  have had  a clear mandate to deal with Iran. Bibi is the one who can best stand up to the Obama administration's insane support for the Muslim Brotherhood and appeasement of  Iran.

However, the Iran issue had almost disappeared from the pre election discourse.
Hence the result.

I realized we had a problem when first my wife and then my daughter said they voted for Yair Lapid, and they had been exposed to a constant diet of Bernard Lewis quotes on Iran. To no avail. They both wanted Bibi to be responsible for security but they wanted other issues to be tackled as well.  What they do not realize is that in this crucial time of decision when the margin of error is so narrow the last thing you need is domestic uncertainty.

But it all boils down to disbelief.  Disbelief that Iran is capable of doing what its Twelvers want  - start a nuclear calamity to bring back the Mahdi.  It is almost inconceivable that at the time of the greatest threat facing this country most Israelis are either ignorant of its nature and magnitude or refuse to believe it.

Former prime minister Ehud Olmert accused on Friday Prime Minister Benjamin Netanyahu of wasting NIS 11 billion on “adventurous fantasies.” In an interview on channel 2’s weekly magazine, Olmert estimated that the operations, for which the funds were allocated, were not carried out.
Israel's former prime minister also backed earlier accusations by Yuval Diskin, former head of Israel’s Shin Bet security services, concerning the conduct of Netanyahu and Defense Minister Ehud Barak. He also said Barak was to blame for the Harpaz affair.
“In the last 2 years, 11 billion shekels were spent on operations which were not and will not be carried out. These figures go well beyond the multi-year budgets,” said Olmert. "We were told that 2012 was the decisive year. They managed to scare the entire world, but nothing was done in the end.” He further stated that there is a surplus in Israel's defense budget that should be cut, but no one is addressing this issue because of the upcoming election.
The ex Shin Bet head Yuval Diskin in an interview with Yedioth Aharanoth  said that Netantahu was an unreliable leader 'possessed' by Iran.
The election battle in Israel has turned not only ugly but absurd.  The only other explanation is that it is meant as a stratagem to fool the Iranians.  For in my opinion if you are not really worried   i.e.  'possessed' by Iran being undeterred in launching a nuclear war to bring back the Mahdi, then you are just not sufficiently  informed. Surely Olmert and Diskin are sufficiently informed! But are they?
Could it be that the only difference between Netanyahu on the one hand and  Olmert and Diskin on the other, is the time Bernard Lewis spent explaining to Netanyahu what the Twelvers  believe in?  According to Ari Shavit
A few years ago Netanyahu held an in-depth discussion with  expert Bernard Lewis. At the end of the talk he was convinced that if the ayatollahs obtained nuclear weapons, they would use them. Since that day, Netanyahu seems convinced that we are living out a rerun of the 1930s.
Could it be that the fate of this country and the world rests in the balance just because of ignorance?

`
Posted by Mladen Andrijasevic at 7:17 AM