Why Trump Should Name Bolton, Not Giuliani, For Secretary of State 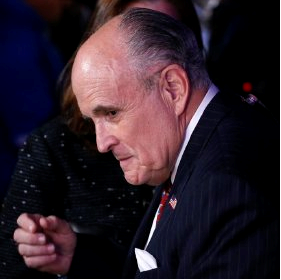 Rudy Giuliani is a close friend of Donald Trump and was one of his most ardent advocates in the presidential campaign. And now he is a finalist for secretary of state. But it would be a mistake to install him at State for two reasons.


The first is that he is precisely the person Trump needs as attorney general. Presidents normally put long-time allies with a background in legal matters in that job. Giuliani fits that description more than anyone else in Trump’s orbit. And most important, Giuliani is someone Trump trusts and can rely on. His career as U.S. attorney in the southern district of New York is legendary.

President Nixon put the smartest lawyer he knew at Justice, John Mitchell. President Kennedy named his brother Bobby as AG. These appointments made political and practical sense. If trouble came, Nixon and Kennedy knew these were men they could count on. They were loyal. In Trump's case, Giuliani's loyalty is clear.
There's one thing Trump's secretary of state must be able to do: exert control over the foreign service. These diplomats are unlike any other bureaucrats in the federal government. They run roughshod over secretaries of state, often without those secretaries knowing what has happened.

Experience at State turns out to be an asset. With the right person in that job, the foreign service, which at the moment reflects the foreign policy views of President Obama, can be handled.
Posted by Mladen Andrijasevic at 6:58 AM