If the US fails to reverse Obama’s policies toward Iran in the next two years, it is hard to see how it will be able to rebuild its strategic posture in the future. 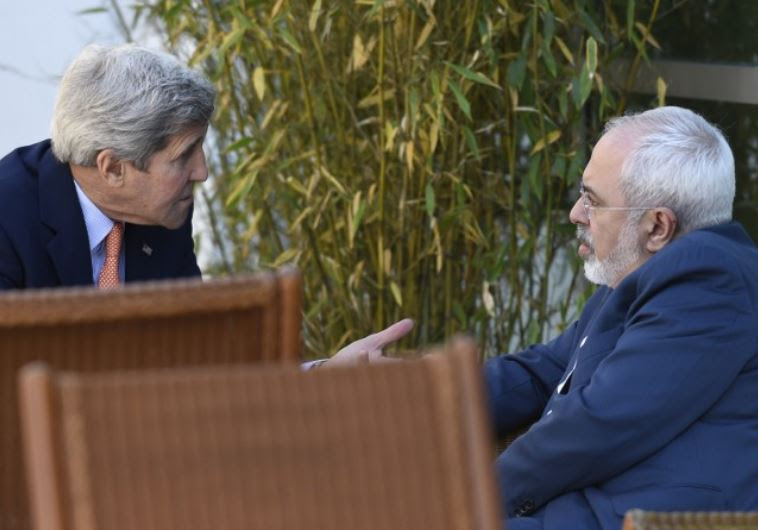 Under President Obama, the US has implemented policies toward Iran that are catastrophic for Israel specifically, for US Middle East allies more generally and for US national security itself.

In an article published by The New York Times this week, Prof. Alan Kuperman explained that Obama’s central justification for the agreement – that it will lengthen Iran’s breakout time to the bomb from the current two months to 12 months – is a lie.

Based on nothing more than the number of centrifuges Iran will be allowed to possess and the amount of enriched uranium necessary to make a nuclear bomb, Kuperman demonstrated that far from prolonging Iran’s nuclear breakout time by 10 months, the deal will only prolong its breakout time by one month. In other words, the deal is worthless.

Wednesday, the Associated Press reported on the details of one of the agreement’s five secret annexes.

The first involves the underground uranium- enrichment facility at Fordow. Built inside a mountain, the Fordow complex is considered resistant to air strikes.

According to the AP report, the Iranians have agreed to re-purpose the installation from uranium enrichment to isotope production. In turn, the six powers have agreed to provide the Iranians with next-generation centrifuges to operate it. Yet, as the AP report makes clear, “isotope production uses the same technology as enrichment and can be quickly re-engineered to enriching uranium.”

In other words, the six powers will teach Iran how to operate advanced centrifuges capable of quickly enriching uranium in an installation that is protected from aerial bombardment.

The second section of the annex relates to the heavy-water reactor at Arak. The reactor, whose construction is near completion, will be capable of producing plutonium-based atomic bombs.

According to the AP report, the six powers have agreed to provide Iran with a light-water reactor that is less capable of producing bomb-grade plutonium.

Then there are the US’s stated redlines in negotiations.

These have collapsed in significant ways over the past few weeks.

Because the US agreed that Iran can continue to enrich uranium, perhaps the most critical means of preventing Iran from acquiring military nuclear capabilities involve requiring Iran to expose all of its previous nuclear work that is still unknown, and requiring Iran to agree to unfettered inspections of is nuclear work and access to its personnel involved in its nuclear work on the part of UN nuclear inspectors.

Clearly, without meeting both requirements, Iran will be able to breach its commitments easily and the agreement will be worthless.

Due to the general understanding of these requirements, the administration’s public position has been that it will require Iran to both expose its previous nuclear work with possible military dimensions and permit the US unfettered access to all its nuclear installations.

For its part, Iran refuses to accept either demand.

Rather than present Iran with an ultimatum that it either abide by these basic requirements or receive no nuclear deal, the administration abandoned its position.

Last week, Secretary of State John Kerry insisted that there is no reason for Iran to expose its previous nuclear work because, “We know what they did. We have no doubt. We have absolute knowledge with respect to the certain military activities they were engaged in. What we’re concerned about is going forward.”

Another key position that the Obama administration has staked out on behalf of the nuclear deal is that the sanctions that would be canceled under the deal are limited to those that were instituted in retaliation for Iran’s illicit nuclear program. The other sanctions, levied due to Iran’s illicit work on ballistic missiles, its support for terrorism and its human rights abuses, would remain intact.

But, on June 10, AP reported that the administration intends to cancel both the nuclear-related sanctions and those imposed due to Iran’s illicit ballistic- missile development. As a consequence, tens of billions of dollars will become available for Iran’s Revolutionary Guard Corps.

Then, there are Iran’s repeated breaches of sanctions restrictions. Under the Iran-North Korea Sanctions Act of 2006, the State Department is supposed to submit a report of sanctions violations to Congress every six months. This week Al-Monitor reported that the General Accounting Office issued a report blasting the State Department for failing to uphold its legal commitment. The last report submitted was in 2014 and its reporting covered the period up to 2011. The previous report had been submitted nearly two years earlier.

Among the reasons for the delays, according to the report, “Officials told the GAO that negotiations and relations with counties can delay the process.”

In other words, the State Department’s failure to uphold the law owes to the administration’s desire to shield Iran from further sanctions.

James Clapper, Obama’s director of national intelligence failed to list either Hezbollah or Iran as threats to the US in this year’s Worldwide Threat Assessment.

And the State Department has yet to submit its annual Human Rights Report. This failure is allegedly due to the administration’s reluctance to report on Iran’s miserable human rights record.

Not only does the Obama administration refuse to view Iran and its terrorist arms as threats to the US, this week Bloomberg reported that US forces in Iraq are arming, training and providing close air support for Iranian controlled Shi’ite militia and terrorist groups led by the commander of Hezbollah forces in Iraq Abu Mahdi al-Muhandis.

So, too, US forces deployed to the Taqqadum base in Anbar share the base with Shi’ite terrorist groups.

Several of the terror operatives are reportedly spying on US forces at the base. Terrorist commanders have participated in US operational briefings ostensibly provided to official Iraqi security forces.

As one senior administration official told Bloomberg, “Even if these guys don’t attack us... Iran is ushering in a new Hezbollah era in Iraq, and we will have aided and abetted it.”

Beyond rendering US forces in Iraq hostages of Iranian-controlled terrorists now sharing a base with them, US support for Iranian controlled militia, as well as its policy of only transferring military assistance to forces fighting Islamic State through the Iranian-controlled Iraqi government and security forces, has facilitated Islamic State’s territorial expansion.

As Jacob Siegel and Michael Pregent explained last month in the Daily Beast, a key reason for Islamic State’s success in Ramadi and Mosul is the Baghdad government’s refusal to arm Sunni militias. As they explained, the security forces, guided by Iran, will only fight in areas important to the Shi’ites. So they refused to defend Mosul or Ramadi.

Siegel and Pregent argued that if Iraqi Prime Minister Haider al-Abadi were to arm Sunnis to fight Islamic State in Anbar province, he would likely lose the support of Iran and the militias, and so be ousted from power. Consequently, Sunnis who oppose Islamic State are no obstacle to the march of the jihadists.

By supporting the Iranian controlled government, and refusing to directly arm Sunni or Kurdish forces, the US is supporting Iran and its terrorist groups on the one hand and abetting Islamic State expansion on the other.

The nature and scope of the Obama administration’s collusion with Iran require us to draw a number of conclusions.

First, from an American perspective, under the Obama administration, the US has destroyed its reputation as a responsible and trustworthy ally. It has endangered its allies, its armed forces and its own national security.

The US alliance system in the Middle East has collapsed.

In the short term, all that Congress can do to check Obama is reject his nuclear deal with Iran with a twothirds majority. Although the possibility that a sufficient number of Democratic senators will oppose the deal to override a presidential veto is remote, it is critical that every resource be used to convince them to do so.

In the medium term, in order to secure US national security, the next president will have to cancel US acceptance of the nuclear deal with Iran. To this end, US Jewish groups and other organizations must demand that all presidential candidates – including Hillary Clinton – commit themselves to canceling the agreement in the event they are elected.

If the US fails to reverse Obama’s policies toward Iran in the next two years, it is hard to see how it will be able to rebuild its strategic posture in the future.

The pace of change in the region and the world is too rapid today to rely on past achievements as a basis for future power.

Consequently, the last thing Israel should worry about is upsetting Obama. To convince fence-sitting Democratic senators to vote against Obama’s Iran deal, Israel should expose all the ruinous details of the nuclear agreement. Israel should let the American people know how the deal endangers not just Israel, but their soldiers, and indeed, the US homeland itself.

By doing so, Israel stands a chance of separating the issue of Democratic support for Obama from Democratic opposition to the nuclear deal. Obama wants this deal to be about himself. Israel needs to explain how it is about America.

At the end of the day, what we now know about US collaboration with Iran brings home – yet again – the sad fact that the only chance Israel has ever had of preventing Iran from getting the bomb is to destroy the mullahs’ nuclear installations itself. If Israel can still conduct such an operation, it makes sense for it to be carried out before Iran’s nuclear program officially becomes the Iranian-American nuclear project.
Posted by Mladen Andrijasevic at 9:24 PM