A civilization that believes in nothing will ultimately submit to anything. 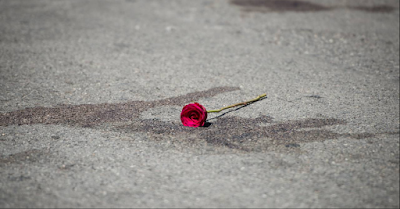 La Promenade des Anglais in Nice, France, the day after the attack

At last count, members of the European Union spent more than $200 billion a year on defense, fielded more than 2,000 jet fighters and 500 naval ships, and employed some 1.4 million military personnel. More than a million police officers also walk Europe’s streets. Yet in the face of an Islamist menace the Continent seems helpless. Is it?

Let’s stipulate that a van barreling down a seaside promenade isn’t a Panzer division, and that a few thousand ISIS fighters scattered from Mosul to Marseilles aren’t another Wehrmacht. But as in France in 1940, Europe today displays the same combination of doctrinal rigidity and loss of will that allowed an Allied army of 144 divisions to be routed by the Germans in six weeks. The Maginot Line of “European values” won’t prevail over people who recognize none of those values.

So much was made clear by French Prime MinisterManuel Valls, who remarked after the Nice attack that “France is going to have to live with terrorism.” This may have been intended as a statement of fact but it came across as an admission that his government isn’t about to rally the public to a campaign of blood, toil, tears and sweat against ISIS—another premature capitulation in a country that has known them before.

Mr. Valls was later booed at a memorial service for the Nice victims. It would be heartening to think this was because he and his boss, President François Hollande, have failed to forge a strategy to destroy ISIS. But the public’s objection was that there hadn’t been enough cops along the Promenade des Anglais to stop the attack. In soccer terms, it’s a complaint about the failure of defense, not the lack of a proper offense.

Then there is Germany, site of three terror attacks in a week. It seems almost like a past epoch that Germans welcomed a million Middle Eastern migrants in an ecstasy of moral self-congratulation, led by Angela Merkel’s chant of “We can do it!” Last summer’s slogan now sounds as dated and hollow as Barack Obama’s “Yes we can!”

Now Germany will have to confront a terror threat that will make the Baader-Meinhof gang of the 1970s seem trivial. The German state is stronger and smarter than the French one, but it also surrenders more easily to moral intimidation. The idea of national self-preservation at all costs will always be debatable in a country seeking to expiate an inexpiatable sin.

Thus the question of whether Europe is helpless. At its 1980s peak, under François Mitterrand and Helmut Kohl, the European project combined German economic strength and French confidence in power politics. Today, it mixes French political weakness with German moral solipsism. This is a formula for rapid civilizational decline, however many economic or military resources the EU may have at its disposal.

Can the decline be stopped? Yes, but that would require a great unlearning of the political mythologies on which modern Europe was built.

Among those mythologies: that the European Union is the result of a postwar moral commitment to peace; that Christianity is of merely historical importance to European identity; that there’s no such thing as a military solution; that one’s country isn’t worth fighting for; that honor is atavistic and tolerance is the supreme value. People who believe in nothing, including themselves, will ultimately submit to anything.

The alternative is a recognition that Europe’s long peace depended on the presence of American military power, and that the retreat of that power will require Europeans to defend themselves. Europe will also have to figure out how to apply power not symbolically, as it now does, but strategically, in pursuit of difficult objectives. That could start with the destruction of ISIS in Libya.

More important, Europeans will have to learn that powerlessness can be as corrupting as power—and much more dangerous. The storm of terror that is descending on Europe will not end in some new politics of inclusion, community outreach, more foreign aid or one of Mrs. Merkel’s diplomatic Rube Goldbergs. It will end in rivers of blood. Theirs or yours?

In all this, the best guide to how Europe can find its way to safety is the country it has spent the best part of the last 50 years lecturing and vilifying: Israel. For now, it’s the only country in the West that refuses to risk the safety of its citizens on someone else’s notion of human rights or altar of peace.

Europeans will no doubt look to Israel for tactical tips in the battle against terrorism—crowd management techniques and so on—but what they really need to learn from the Jewish state is the moral lesson. Namely, that identity can be a great preserver of liberty, and that free societies cannot survive through progressive accommodations to barbarians.

Posted by Mladen Andrijasevic at 9:57 PM