My Amazon review of Boris Johnson's The Churchill Factor

Excellent, apart from avoiding to mention Churchill's views on Islam,


Verified Purchase(What's this?)
This review is from: The Churchill Factor: How One Man Made History (Kindle Edition)
I had previously read several biographies of Winston Churchill including those by Martin Gilbert, William Manchester, Michael Shelden and Paul Johnson, so I was skeptical when I was recommended Boris Johnson’s The Churchill Factor.

I was wrong. The book is excellent and does explain the essence of who Churchill was very well. The book is very readable and very informative and accurate, but evasive when it comes to Churchill’s views on Islam.

Boris writes: “On the other hand, it does not mean that Churchill was in any sense anti-Arab, let alone anti-Muslim”.

While it is true that Churchill was not anti-Muslim he was certainly not an admirer of Islam and this fact is completely ignored by Boris Johnson. I doubt that Boris Johnson was ignorant of this fact. It is just that the whole western civilization has been strangled by political correctness to the point that he just today cannot even write about what Churchill thought on the subject and therefore ignores it.

Page 26 of the Gathering Storm, VOL 1 of The Second World War;

"Hitler’s sentence was reduced from four years to thirteen months. These months in the Landsberg fortress were however sufficient to enable him to complete in outline Mein Kampf, a treatise on his political philosophy inscribed to the dead of the recent Putsch. When eventually he came to power, there was no book which deserved more careful study from the rulers, political and military, of the Allied Powers. All was there – the programme of German resurrection; the technique of party propaganda; the plan for combating Marxism; the concept of a National-Socialist State; the rightful position of Germany at the summit of the world. Here was the new Koran of faith and war: turgid, verbose, shapeless, but pregnant with its message.”

"How dreadful are the curses which Mohammedanism lays on its votaries! Besides the fanatical frenzy, which is as dangerous in a man as hydrophobia in a dog, there is this fearful fatalistic apathy. The effects are apparent in many countries, improvident habits, slovenly systems of agriculture, sluggish methods of commerce, and insecurity of property exist wherever the followers of the Prophet rule or live. A degraded sensualism deprives this life of its grace and refinement, the next of its dignity and sanctity. The fact that in Mohammedan law every woman must belong to some man as his absolute property, either as a child, a wife, or a concubine, must delay the final extinction of slavery until the faith of Islam has ceased to be a great power among men. Individual Moslems may show splendid qualities, but the influence of the religion paralyses the social development of those who follow it. No stronger retrograde force exists in the world. Far from being moribund, Mohammedanism is a militant and proselytizing faith. It has already spread throughout Central Africa, raising fearless warriors at every step; and were it not that Christianity is sheltered in the strong arms of science, the science against which it had vainly struggled, the civilization of modern Europe might fall, as fell the civilization of ancient Rome."

And then you have this observation by Boris Johnson:

“He can’t be blamed for the shameful way Israelis have treated Palestinians, nor for the generally woeful quality of Palestinian leadership”

What is shameful is the complete absence in western media of any reference to the what the Palestinians believe in and what makes them stab Israelis any place, any time:

The Day of Judgement will not come about until Moslems fight the Jews (killing the Jews), when the Jew will hide behind stones and trees. The stones and trees will say O Moslems, O Abdulla, there is a Jew behind me, come and kill him.

http://www.hadithcollection.com/sahihbukhari/85/3715-sahih-bukhari-volume-004-book-052-hadith-number-177.html
Narrated Abu Huraira: Allah's Apostle said, "The Hour will not be established until you fight with the Jews, and the stone behind which a Jew will be hiding will say. "O Muslim! There is a Jew hiding behind me, so kill him."

Article 13 of the Hamas Charter reads:
There is no solution for the Palestinian question except through Jihad.

And on October 9, 2015 Friday at the sermon delivered at the Al-Abrar Mosque in Rafah, the Gaza Strip, Sheikh Muhammad Sallah "Abu Rajab" brandished a knife, calling upon his brothers in the West Bank: "Stab!" "Oh young men of the West Bank: Attack in threes and fours," he said, and "cut them into body parts." 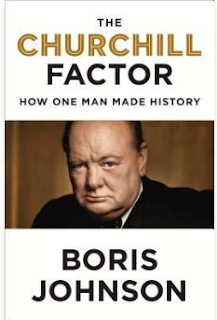 Posted by Mladen Andrijasevic at 8:35 AM