This incident underscores the essence of Israel’s struggle. 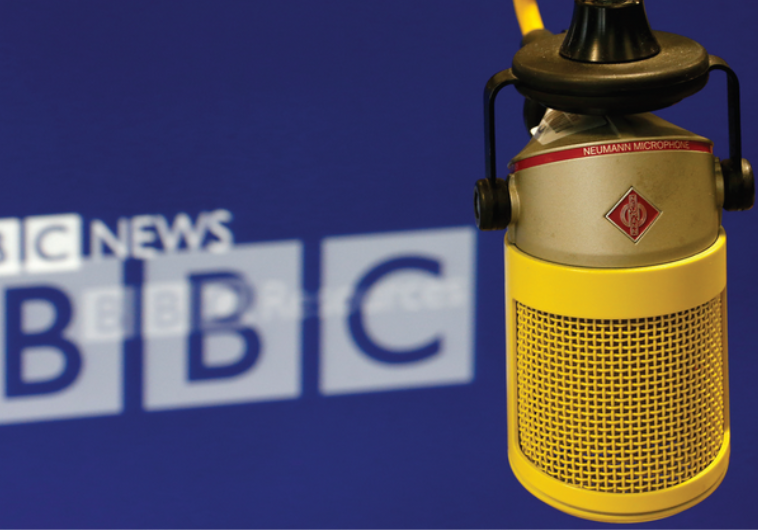 Foreign news purveyors tend to sanitize terrorist crimes against Jews – when they bother to report them. They also dehumanize Jewish victims when referring to them by generic designations with distinct derogatory nuances.

The heartrending tragedy of Adele Banita offers a stark case in point.

She, her husband, and two babies were attacked by a knife-wielding Arab terrorist on Jerusalem’s main Old City route to and from the Western Wall. Aharon Banita was stabbed to death and one toddler was slashed. Adele escaped the murderer’s grasp – and with his blade still stuck in her neck – ran to raise the alarm, to save her children.

It was the stuff of nightmares, of sadistic horror flicks.

The Arab merchants all around her not only failed to help, but they mocked and sneered at the profusely bleeding young woman. They spat on her. They slapped her. They jeeringly wished death upon her.

This was every bit as hideous as the Holocaust-era Ukrainians, who – if they didn’t murder with their own hands – excitedly cheered the murderers on. Not only did the homicidal assailant not regard Adele as a human being, but neither did the bystanders who unequivocally supported him.

This incident underscores the essence of Israel’s struggle.

We face bloodthirsty enemies who blatantly deny our right to be anywhere in this country, not only in Jerusalem, but Tel Aviv. They aren’t out merely to “protect al-Aksa Mosque from defilement by filthy Jewish feet” (in the words of PA chieftain Mahmoud Abbas) – they also aim to prevent Jews from praying at the Western Wall.

Indeed, any Jewish presence is per se anathema to them.

Adele’s youngsters would have been slaughtered had help not arrived in time. Indeed death would have been the fate of the four children who witnessed the brutal drive-by execution near Itamar of their parents – Naama and Eitam Henkin – had the terrorists not inadvertently shot one of their own.

But was any of this viciousness and ghastliness conveyed to news consumers abroad? Quite the reverse occurred.

The BBC didn’t note that the murderer was shot in the midst of his killing spree. The BBC left it unclear who killed whom and who the “killed two” (mentioned in the passive voice) were. After repeated complaints, the phrasing was changed three times – yet in all the truth remained obfuscated.

Its conduct was worse than al-Jazeera’s, whose re-cap was only slightly less misleading: “Palestinian shot dead after fatal stabbing in Jerusalem; 2 Israeli victims also killed.”

Clearly we expect less of the Qatar-based network than of the London one. Yet, unlike the BBC, al-Jazeera apologized and revised the headline to read, “Two Israelis killed in stabbing attack; Palestinian suspect shot dead.”

These weren’t the only offenders by a long shot.

The Washington Post’s follow-up reports aroused dismay by omitting the context in which events unfolded. As tensions grew, the tenor of the foreign media was of an Israeli- initiated escalation, divorced from any background.

When the media overseas at all bothered to note who the victims were, they were mostly described as “settlers.”

Presumably that categorized them as somehow culpable.

A broad-spectrum sense of something undesirable adheres to “settlers” that makes shedding their blood semi-understandable, even if this is only tacitly hinted at.

This tactic is used regardless where victims reside. It’s an all-purpose castigation. It was even applied last year to the four elderly congregants axed to death during morning services in a west Jerusalem synagogue, well within Israel proper. It’s a non-specific unspoken insinuation of illegitimacy against all Jews in Israel.

Just as the identities of the four were never dwelled upon, so Adele’s story wasn’t told. But callous dehumanization is only the beginning. It gets lots worse when reports are skewed to the extent that a casual glance at the headline suggests Israeli wrongdoing.

Likewise suggested is that the attacker is the victim and that there is no connection between him and his actual victims. Such outrageous word-manipulations cannot be dismissed as unintentional.

Posted by Mladen Andrijasevic at 11:48 AM