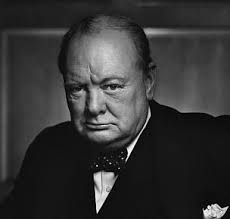 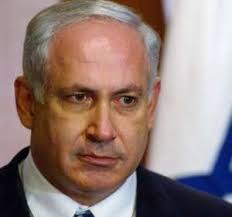 October 14, 2013, Vol. 19, No. 06
In the midst of media coverage of the government shutdown (it’s the Republicans’ fault!) and the glitch-filled rollout of Obamacare (it’s not Obama’s fault!), Americans may not have noticed the October 1 speech by Israeli prime minister Benjamin Netanyahu to the United Nations General Assembly. But Netanyahu’s declaration that Israel was prepared to act alone to prevent the Iranian regime from acquiring nuclear weapons may well prove of more lasting significance than the developments in Washington that overshadowed it.

Netanyahu tried to puncture the wishful thinking that has made the Obama administration so eager to succumb to the charm offensive of Hassan Rouhani, the new Iranian president. Netanyahu pointed out that Rouhani has done nothing, and almost certainly will do nothing, that warrants trusting that the Iranian regime will yield in its pursuit of nuclear weapons (a pursuit Rouhani still denies in the face of mountains of incontrovertible evidence). Netanyahu warned against a relaxation of pressure on that regime and against being dragged into endless negotiations or, even worse, a bad deal with it.

As Netanyahu said, Rouhani “definitely wants to get the sanctions lifted; I guarantee you that. But he doesn’t want to give up Iran’s nuclear weapons program in return.” Netanyahu laid out the terms for an acceptable agreement: “The only diplomatic solution that would work is the one that fully dismantles Iran’s nuclear weapons program and prevents it from having one in the future.” And he explained the dangers of a “partial deal” that would permit Iran “a residual capability to enrich uranium” in exchange for lifting international sanctions that took years to put in place and likely wouldn’t be reestablished. But this is, unfortunately, the kind of deal toward which the Obama administration is heading—that, or endless negotiations while the Iranian nuclear program moves toward a successful conclusion.

The most dramatic part of his speech was Netanyahu’s declaration: “I want there to be no confusion on this point. Israel will not allow Iran to get nuclear weapons. If Israel is forced to stand alone, Israel will stand alone.” Netanyahu, who has a photo of Winston Churchill on his office wall behind his desk, was echoing Churchill’s remark on July 14, 1940, during the Battle of Britain: “And now it has come to us to stand alone in the breach.”

Will Israel in fact be forced to stand alone? Many informed Israelis, including those who are by no means supporters of Netanyahu or on the right side of the political spectrum, are now convinced he will have to, after witnessing last month’s appalling spectacle of President Obama squirming out of his pledge to retaliate against the regime of Syrian president Bashar al-Assad if Assad crossed a “red line” by using chemical weapons. We were each in Israel recently, and it’s clear that the confidence of some current and former senior security officials that Obama would strike Iran has evaporated. We’ve also spoken with Arab government officials, and none believes any longer in the credibility of a U.S. military threat. In fact, it’s hard to find any serious person in allied capitals—or in enemy capitals—who takes Obama at his word when he talks about keeping “all options on the table” to prevent a nuclear Iran. Everyone assumes that President Obama will find any excuse the Iranians give him to leave the military option right there, on the table—and that if the Iranian regime doesn’t give him a plausible excuse, President Obama will find one anyway.

No one likes the truth-telling skunk at the appeasement party. The New York Times clucked editorially that Netanyahu was “sabotaging diplomacy” before “Iran is tested” by angering the Iranians, making the use of force more likely—which “would be the worst result of all.” But he knows that an Iran with nuclear weapons is the worst result of all—that bombing Iran is better than Iran with a bomb. He sees that behind the Obama administration’s façade of hard-headed diplomacy is a soft-headed, even desperate, desire for some sort of deal, any deal, and that such a deal will be rationalized by foreign policy elites who know it’s a bad deal but who have talked themselves into accepting the case for containment rather than prevention of a nuclear Iran. And Netanyahu understands that behind all of this lies a failure of nerve and a collapse of will in much of the West that deserves to be compared to what Churchill faced in the 1930s.

There are those who believe Netanyahu was being overly dramatic and indeed was blustering when he made his unequivocal statements at the United Nations about the Iranian regime and nuclear weapons. It’s true that the U.N. is a place of much drama and bluster. But we believe Netanyahu meant what he said.

Of course, an Israeli prime minister can’t decide to launch a strike alone. Netanyahu will require the approval of his security cabinet, and he will also likely need the support of the top ranks of the Israeli military establishment. The Israeli national security apparatus has been cautious about a strike against Iran, believing there was time and hoping that sanctions or the United States would take care of this issue. The Syrian fiasco has virtually eliminated the last option in the minds of many military leaders. And now there’s a consensus that time is growing short. Almost no Israeli security expert believes Israel should resign itself to live with a nuclear-armed Iranian regime dedicated to the destruction of Israel. Furthermore, current and former senior military officials consistently claim they have a viable military option, even though they have less military capacity than the United States. So an Israeli strike is likely.

Netanyahu said at the U.N. that “in standing alone, Israel will know that we will be defending many, many others.” This too echoes Churchill in his July 1940 speech: “We are fighting by ourselves alone; but we are not fighting for ourselves alone.” Churchill asserted that London, “which enshrines the title deeds of human progress,” was defending civilization itself. So today, if Israel—an outpost of human progress in the Middle East—decides that she has no choice but to attack Iran’s nuclear facilities, Israel will not be fighting for herself alone.

Five years ago I wrote Facing Iran, Alone  Unfortunately, reality has become even worse than I thought  then, so I reproduce the article here once again.

In May 1940 Britain stood alone facing Nazi Germany. The USSR had signed the Ribbentrop-Molotov nonaggression pact; the US had not entered the war yet.
On May 7, Leo Amery spoke in the Commons, attacking Neville Chamberlain's government, quoting Oliver Cromwell: "You have sat too long here for any good you have been doing. Depart, I say, and let us have done with you. In the name of God, go!"
On May 10, 1940, Winston Churchill became Prime Minister.
Ever since the US government's National Intelligence Estimate report it has become increasingly probable that Israel will be the one to tackle Iran. With the election of Barack Obama this is now almost certain. We are back in May 1940.
There are many who believe that, for all their talk, the Iranians would never launch a nuclear attack. The 12th Imam is for the masses, the way Marx was, the argument goes, and not to be believed in verbatim. How many Arab or Muslim leaders have become suicide bombers to get the virgins? None.
But comparing Communists with the followers of the Islamic prophet is misleading. For one, the Communists never produced suicide bombers and we already have had 148 explode here in Israel. Muhammad Atta was not the top leader, but he was among the educated, for whom education was just a tool to be used in accomplishing his jihadi goals. Mahmoud Ahmadinejad is an ardent believer in theMahdi, the Hidden Twelfth Imam, the four-year old who went into hiding in a well 1,140 years ago. The idea that Iran itself may become a nuclear suicide bomber is real.
Those who question Iranian motives are projecting Western values, almost patronizingly so. The privileged party members in the USSR, the so-called priviligentsia, would not dream of sacrificing themselves. They had their closed shops, hospitals and pharmacies, access to foreign media and, most coveted of all, access abroad. They enjoyed their privileges. The Iranian mullahs are no Bolsheviks.
The world watched Hitler rearm, reoccupy the Rhineland in 1936, annex the Sudetenland in October 1938 and the rest of Czechoslovakia in March 1939, and rape Austria in 1938. As Churchill put it, they kept feeding the crocodile hoping they would be eaten last.
Anyone who reads about the policies and the press of the 1933-1940 period cannot but be struck by the similarities. We know what happened then, yet we are following almost the same path. Scary.
Might Israel strike at Iran before Obama takes over? As reported in the Jerusalem Post, Benny Morris says yes. Most other analysts disagree. I believe that it is in the US interest for Israel to destroy the Iranian nuclear sites, since the destruction and the rise in oil prices resulting from a non-nuclear Iranian retaliation would still be much less than the consequences of a nuclear war following an Iranian nuclear strike on Israel and an Israeli nuclear retaliation.
There is only one remaining scenario left.
On February 10 Israel goes to the polls. The leaders we elect will be our last line of defense. Help will not come from the Europeans, the United Nations and not even from the US. The decisions that will determine the survival of this country will come from Benjamin Netanyahu, Moshe Yaalon, Benny Begin or Tzipi Livni. Make your pick.
Posted by Mladen Andrijasevic at 8:59 AM