Weekly Commentary: What If Bernard Lewis Was RIght About Nuclear Iran? MAD is not a constraint; it is an inducement 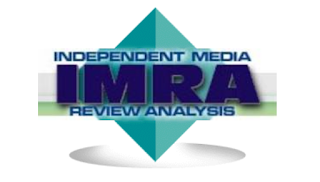 "mutual assured destruction, the deterrent that worked so well during the
Cold War, would have no meaning. At the end of time, there will be general
destruction anyway. What will matter will be the final destination of the
dead -- hell for the infidels, and heaven for the believers. For people with
this mindset, MAD is not a constraint; it is an inducement."
Bernard Lewis - The Wall Street Journal Aug. 8, 2006

Amos Yadlin remarked in a live Zoom tonight with Minister of Defense Gantz
that the odds the Iranians would actually nuke Israel if they had nuclear
weapons was 1%. Gantz nodded in agreement.

Unfortunately, these policy makers and analysts simply cannot comprehend
that Iranian Twelvers could actually welcome an apocalypse set into motion
by an Iranian nuclear strike and the response that would follow. Without
saying it explicitly, they are arguing that there is some set of universal values that
has some kind of veto power over belief systems when adhering to those
beliefs can have unsavory results when judged by these "universal values".

This is not an inconsequential academic disagreement.

The attitude of policy makers and analysts towards the threat of a nuclear
Iran would be radically different if they thought that there was even a 25%
chance that Bernard Lewis is correct.

Yadlin and Gantz both appeared to say in the session that Israel cannot act
outside of the bounds of what a sitting American president supports a
priori.

I daresay that if they gave Bernard Lewis the weight his opinion deserves
that they would not advocate allowing America to stop us from preventing Iran
from having nukes if it came to that.

Posted by Mladen Andrijasevic at 12:47 AM