FT coronavirus tracker can now compare 6 countries in one go

I compared the countries which imposed the lock-down early on vs those which did not. 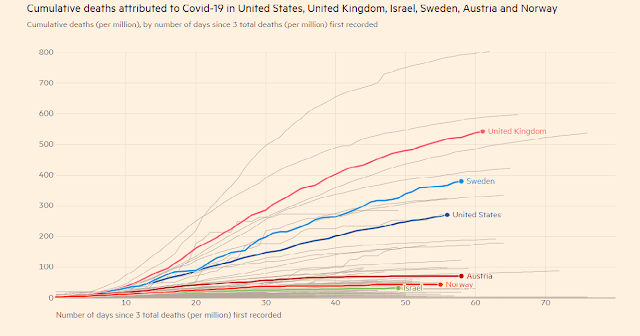 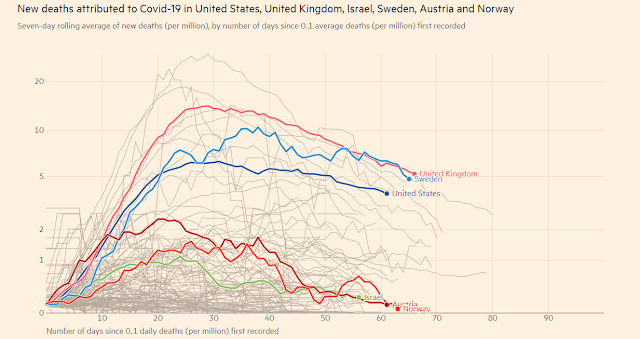 From the interview with epidemiologist Marc Lipsitch here:
Robert Wiblin: Yeah. What do you think of Sweden’s more laissez-faire approach?

Marc Lipsitch: I think it’s clearly killing more people than the neighbors. Having said that, I think that we’re almost all moving in that direction and that hopefully we can learn something from Sweden about what doesn’t work. But I think everybody is getting tired of being under restrictive policies and, I mean, Massachusetts so far has not reopened, but most states in the United States have begun to reopen and I think are heading in that direction. I think Sweden has, at great cost to themselves, demonstrated to the world that that’s costly.

Posted by Mladen Andrijasevic at 12:40 PM