Is Trump All Talk on Iran? 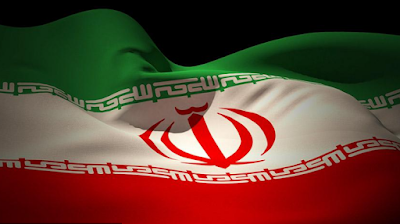 by JONATHAN S. TOBIN
On his first official trip abroad, the president rallied Arabs and Israelis to unite against Iran. But by giving Boeing a pass to sell Tehran planes, he’s sending a very different message. During his trip to the Middle East last week, President Donald Trump had one consistent theme and he never wavered from it: The region needs to unite to stop Iran. Mutual antipathy for Tehran has driven Arab regimes such as Saudi Arabia to make common cause with Israel. It was also the motivation for the massive $110 billion arms deal Trump struck with the Saudis, who believe that President Obama’s nuclear agreement with Iran has endangered their security.

But while Trump talks tough about the Iranians, the normally bellicose Islamist regime has been restrained, at least by its standards, in response. Why? The Iranians may be unhappy with Trump’s effort to orchestrate the creation of a Middle East NATO that would oppose their dream of regional hegemony, but they are actually quite pleased with other elements of his administration’s Iran policy. For all of Trump’s bluster, his decision not only to leave the nuclear agreement in place but to erect no obstacles to a major U.S. commercial deal with Iran may have convinced the ayatollahs that the president isn’t quite as hostile as he wants to seem.

One of the least noticed aspects of the nuclear deal was a provision that granted Tehran an exception to U.S. sanctions that remained in place after it was signed. That provision allowed U.S. companies to sell “commercial passenger aircraft and related parts and services” to Iran, and Boeing took advantage of it, joining European businesses in a race to secure Iranian business.  It was a clever strategy that enabled Obama to undermine the remaining resistance to the deal. If, as Obama hoped, a major U.S. firm such as Boeing were to conclude a massive deal of its own with Iran, the jobs created by the sale would build a strong new constituency opposed to retightening the screws on Tehran no matter the regime’s subsequent actions.

Boeing’s deal with Iran was concluded in June 2016, and the Obama administration subsequently issued the requisite licenses for it to move forward. But the Trump administration still has a chance to raise objections and to block the delivery of the planes to Tehran.

The grounds for objection were already clear last year, when Boeing was celebrating the deal: Many of the companies with which it would be doing business have strong connections to or are owned by the Iranian Revolutionary Guard Corps (IRGC), which coordinates Iran’s international terrorist network. Yet so far, the Trump administration has remained suspiciously silent about the deal, leading Iran to the not unreasonable conclusion that while the president may be willing to talk about its role as the world’s leading state sponsor of terror, he is as reluctant to do something about it as his predecessor was.
Trump has no good options when it comes to tearing up the nuclear deal that he spent so much of the 2016 campaign denouncing as a betrayal of U.S. interests. Walking away from the pact at a moment when neither America’s European allies nor Russia and China are willing to re-impose sanctions would simply give the Iranians permission to move quickly toward a bomb without providing a means short of war to stop them. But Trump does have options that can start the process of rebuilding an international quarantine against Iranian terror and punishing the regime for its illegal missile tests.  Earlier this month, the Senate Foreign Relations Committee passed a sweeping set of measures designed to impose new restrictions on trade with Iran because of its human-rights violations and support for terror. The point of such efforts is to expand the list of Iranian individuals and companies affected by the sanctions that still remain in place, so as to hamper the ability of the IRGC and other agents of the regime to profit from foreign trade. Moreover, even if other nations won’t re-impose their own sanctions on Iran, U.S. measures that bar foreign banks from the American financial system if they do business with terror-connected Iranian entities can still have a devastating impact on the regime.  President Trump mocked John Kerry as the worst negotiator in history for his disastrous role in making the nuclear pact possible. But if he doesn’t move to support the Senate bill and to do something about the Boeing deal, then he will effectively be throwing in his lot with Obama’s secretary of state, who remains a public opponent of increased sanctions on Iran.  The reason for Trump’s reluctance to move against Boeing is obvious: Promises to create American jobs were as important to the success of his campaign as were his criticisms of Obama. Putting any further obstacles in the way of the transaction would have a devastating impact on the company and the thousands of workers it employs. Moreover, Boeing is looking to expand its ties with Iran and has applied for another license to sell 30 more planes to entities within the country. But Iran uses commercial planes such as the ones Boeing sells to ferry supplies, munitions, and “volunteers” to Syria, where they have helped preserve the rule of the barbarous Assad regime. No one in the White House can pretend that Boeing’s budding business relationship with the Islamic Republic is unrelated to the security concerns that Trump discussed with the Saudis and Israelis last week. All of which is to say that there’s a glaring contradiction between Trump’s indulgence of Boeing’s desire to profit from its dealings with Iran and his efforts to rein in a dangerous foe of U.S. interests. If he stays silent and/or allows the planes to be delivered, it may preserve jobs for some of the working-class voters who backed him. But it will also validate Tehran’s belief that he is as much a paper tiger as Obama was. And an Iran unfettered by fear of U.S. power, hard and soft, would be an even bigger threat to global security.

Posted by Mladen Andrijasevic at 9:26 AM