Reading Orwell for the Fourth of July 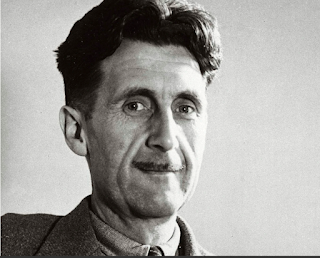 This Fourth of July, it’s worth taking stock of the state of freedom — and of our attitudes toward it — at home and around the world.

In Russia, Vladimir Putin just won a “plebiscite” ratifying his right to stay in power until the year 2036. In Hong Kong, a new security law came into effect effectively putting an end to the right of peaceful protest. In Poland, a runoff election will decide if the country continues its slide toward illiberalism.

In the United States, these stories barely make a dent on public consciousness. Conservatives and liberals alike have ceased to care very much about the denial of freedom to others.

We also have our own problems with freedom.

For once, the main problem isn’t Donald Trump. The president may be an instinctual fascist, a wannabe autocrat. But, after nearly four years in power, he’s been unmasked as an incompetent one.

Trump may have privately praised Xi Jinping for building concentration camps for Uighurs. Congress still passed legislation to impose sanctions on China for them. He may want to bring Russia back to the G7. The other six won’t let him. He may have sought to abolish DACA for the Dreamers. John Roberts decided otherwise. He may call the press an “enemy of the American people.” That enemy still operates without restraint when it comes to slamming him.

To adapt the Lloyd Bentsen line, Donald John Trump, you’re no Recep Tayyip Erdogan.
The more serious problem today comes from the left: from liberal elites who, when tested, lack the courage of their liberal convictions; from so-called progressives whose core convictions were never liberal to begin with; from administrative types at nonprofits and corporations who, with only vague convictions of their own, don’t want to be on the wrong side of a P.R. headache.

This has been the great cultural story of the last few years. It is typified by incidents such as The New Yorker’s David Remnick thinking it would be a good idea to interview Steve Bannon for the magazine’s annual festival — until a Twitter mob and some members of his own staff decided otherwise. Or by The Washington Post devoting 3,000 words to destroying the life of a private person of no particular note because in 2018 she wore blackface, with ironic intent, at a Halloween party. Or by big corporations pulling ads from Facebook while demanding the company do more to censor forms of speech they deem impermissible.

These stories matter because an idea is at risk. That’s the idea that people who cannot speak freely will not be able to think clearly, and that no society can long flourish when contrarians are treated as heretics.

But those defenders are, on account of one excuse or another, capitulating to people who claim free speech for themselves (but not for others), who believe all the old patriarchal hierarchies must go (so that new “intersectional” hierarchies may arise), who are in a perpetual fervor to rewrite the past (all the better to control the future), and who demand cringing public apologies from those who have sinned against an ever-more radical ideological standard (while those apologies won’t save them from being fired).

As in so much else, George Orwell was here before us. In connection to the recent vandalism of monuments and destruction of statues, a line from “1984” has been making the rounds — “every book has been rewritten, every picture has been repainted, every statue and street and building has been renamed, every date has been altered.” But the Orwell essay to which I keep returning is a little jewel from 1946, “The Prevention of Literature.”

Orwell’s concern then was not just with Russian totalitarianism, but with the arguments used by much of the Western intelligentsia to justify repression.

“What is sinister,” he wrote, “is that the conscious enemies of liberty are those to whom liberty ought to mean most.” He was particularly calling out Western scientists who admired the Soviet Union for its technical prowess and were utterly indifferent to Stalin’s persecution of writers and artists. “They do not see that any attack on intellectual liberty, and on the concept of objective truth, threatens in the long run every department of thought.”

Every department of thought. Right now, all the Twitter furors, the angry rows over publication decisions, the canceled speeches and books, the semantic battles about which words take an uppercase and which don’t, may seem remote to those who care about more tangible issues: depression, disease, police abuse, urban decline. Yet the issue that counts the most is whether the institutions that are supposed to champion liberal ideals will muster the moral confidence to survive. On this July 4, it’s very much in doubt.

Posted by Mladen Andrijasevic at 10:32 PM