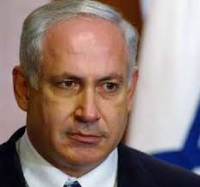 Regarding “Gantz, Ya’alon may combine parties” (December 27), there are only three Israeli politicians who I am certain understand the magnitude of the Iranian threat. They are Benjamin Netanyahu, Michael Oren and Moshe Ya’alon. Why only them? Because Netanyahu and Oren quoted Bernard Lewis’s warning, “For people with this mindset, Mutually Assured Destruction is not a constraint; it is an inducement.”

While other Israeli politicians may share the above concern, I find no record of them declaring that the Mutually Assured Destruction doctrine would not work with the ayatollahs of Iran.

I had every respect for Moshe Ya’alon. He stood up to US secretary of state John Kerry and president Obama’s absurd policies toward Israel and his paper “A New Strategy for the Israeli-Palestinian Conflict” is excellent. However, in 2016, after leaving the cabinet, he said: “At this point, and in the foreseeable future, there is no existential threat facing Israel.”

While Ya’alon may consider that an estimated three-month breakout time after the Iran Deal with the expiration due to the sunset clause in the Deal as sufficient reason to change his mind, I do not think that the Iranian existential threat has diminished. This change of opinion by Ya’alon looks more like an issue picked by him to differ from Netanyahu than as a result of him responding to a changed reality.

A politician has to be consistent, especially on such an important topic as Iran, or he loses credibility. I urge Ya’alon to clarify his position on the Iranian threat.

Posted by Mladen Andrijasevic at 1:43 PM