Abbas is coming to Peres's funeral? 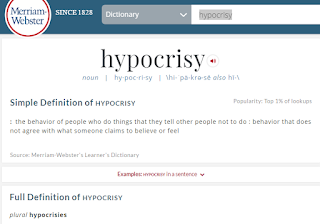 From Netanyahu's speech to the UN, just a week ago:

"I want you to imagine a day in the life of a 13-year-old Palestinian boy. I’ll call him Ali. Ali wakes up before school; he goes to practice with a soccer team named after Dalal Mughrabi, a Palestinian terrorist responsible for the murder of a busload of 37 Israelis. At school, Ali attends an event sponsored by the Palestinian Ministry of Education honoring Baha Alyan, who last year murdered three Israeli civilians. On his walk home, Ali looks up at a towering statue erected just a few weeks ago by the Palestinian Authority to honor Abu Sukar, who detonated a bomb in the center of Jerusalem, killing 15 Israelis.

When Ali gets home, he turns on the TV and sees an interview with a senior Palestinian official, Jibril Rajoub, who says that if he had a nuclear bomb, he’d detonate it over Israel that very day. Ali then turns on the radio and he hears President Abbas’s adviser, Sultan Abu al-Einein, urging Palestinians, here’s a quote, “to slit the throats of Israelis wherever you find them.” Ali checks his Facebook and he sees a recent post by President Abbas’s Fatah Party calling the massacre of 11 Israeli athletes at the Munich Olympics a “heroic act.” On YouTube, Ali watches a clip of President Abbas himself saying, “We welcome every drop of blood spilled in Jerusalem.” Direct quote.


Posted by Mladen Andrijasevic at 11:14 PM