Germany and Iran: From the Aryan Axis to the Nuclear Threshold

Telos Press Publishing is pleased to announce that Matthias Küntzel’s Germany and Iran: From the Aryan Axis to the Nuclear Threshold is now available for pre-order. The book will be released on November 1, 2014.
Why has the international community failed to prevent Iran from achieving nuclear weapons capability? Why is Germany, even today, the mullahs’ biggest trading partner in the West? What underpins the strange friendship between Germany and Iran that goes back to the beginning of the last century and has survived every war, catastrophe, and revolution?
Matthias Küntzel’s Germany and Iran: From the Aryan Axis to the Nuclear Threshold helps us to answer these questions. By unearthing new evidence from the National Archives in Washington, DC, and the German Foreign Office Archives in Berlin, Küntzel reveals that there has always been a hidden dispute between the White House and the German government over how to tackle Iran, and this dispute has deep historical roots.
In this fascinating study, Küntzel shows how, during the First World War, Kaiser Wilhelm was acclaimed Hajj Wilhelm Muhammad by Shiite clerics, and later how Adolf Hitler was celebrated as the Twelfth Imam. As Küntzel carefully documents, the now 35-year-old special relationship between Germany and the Islamic Republic of Iran is critical to understanding the ongoing controversy over Iran’s nuclear program.

“Matthias Küntzel is one German intellectual who unflinchingly looks into the heart of darkness that is Khomeini’s legacy and hears echoes of the murderous Jew-hatred and fanaticism of Germany’s past. This fine book should be widely read by government officials, political leaders, journalists, think tank analysts, scholars, and citizens who want a better understanding of the Germany’s considerable impact on the Iranian issue.”
—Jeffrey Herf, Distinguished University Professor, Department of History, University of Maryland
“There are not too many experts who are as qualified as Matthias Küntzel to deal with a fascinating subject as the German-Iranian relationship. This book is an essential contribution to the ongoing discussion.”
—Shimon Stein, Former Ambassador of Israel in Germany (2001–7) and currently Senior Fellow at the Institute for National Security Studies, Tel Aviv University
“Some would believe the current Iranian government is more moderate and ‘outward looking’ than its predecessors. Küntzel’s study gives us ample warning, based on history, that Iran is playing the long game with regard only for the advancement of its own interests. This should be on any short list of ‘must read’ books on the subject.”
—Dr. Jack Caravelli, Former White House National Security Council Staff
“Matthias Küntzel is one of Germany’s most astute observers of Iran, and his detailed account of his country’s special relationship with Iran is as definitive as any we have been given to date. Anyone interested in learning more about Iran’s nuclear program and its global role in fostering hostility to America and Israel will find this book invaluable.”
—Alvin H. Rosenfeld, Professor of English and Jewish Studies, Indiana University
“This book is important because its author argues passionately, but also persuasively, that on all major vectors influencing politics and policy—culture, religion, history, myth making, symbolism, and, of course, the economy—Germany’s relationship to the United States concerning all things Iran is much closer to that of an ornery rival, perhaps even a determined opponent, than an ally in any meaningful sense of that term.”
—Andrei S. Markovits, Karl W. Deutsch Collegiate Professor of Comparative Politics and German Studies, The University of Michigan, Ann Arbor
“Matthias Küntzel makes it clear that the Islamic Republic of Iran’s policy toward Israel is rooted in a deep, historical anti-Semitism that makes it nothing less than an existential threat to the Jewish people.”
—Ambassador Dore Gold, President, Jerusalem Center for Public Affairs, and Former Permanent Representative of Israel to the United Nations 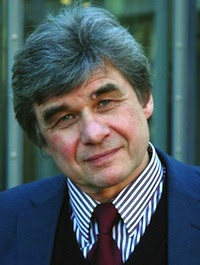 Matthias Küntzel is a political scientist and historian based in Hamburg, Germany. He has served as senior advisor for the German Green Party caucus in the Bundestag and is currently a Research Associate at the Vidal Sassoon International Center for the Study of Antisemitism at Hebrew University in Jerusalem as well as a member of the German Council on Foreign Relations. Since 2001, his research and writing have focused on antisemitism, Islamism, National Socialism, Iran, and German and Western policies toward the Middle East and Iran. His essays and articles have been translated into twelve languages and published in the Wall Street Journal, the New Republic, theAmerican Foreign Policy Interest, the Israel Journal of Foreign Affairs, Telos, Policy Review, and the Jerusalem Post. His earlier book Jihad and Jew-Hatred: Islamism, Nazism, and the Roots of 9/11, published by Telos Press Publishing in 2007, won the Gold Award for Religion at the 12th annual Independent Publisher Book Awards in Los Angeles.
Posted by Mladen Andrijasevic at 11:48 PM