He is a prime beneficiary of the U.S. outreach to Iran. 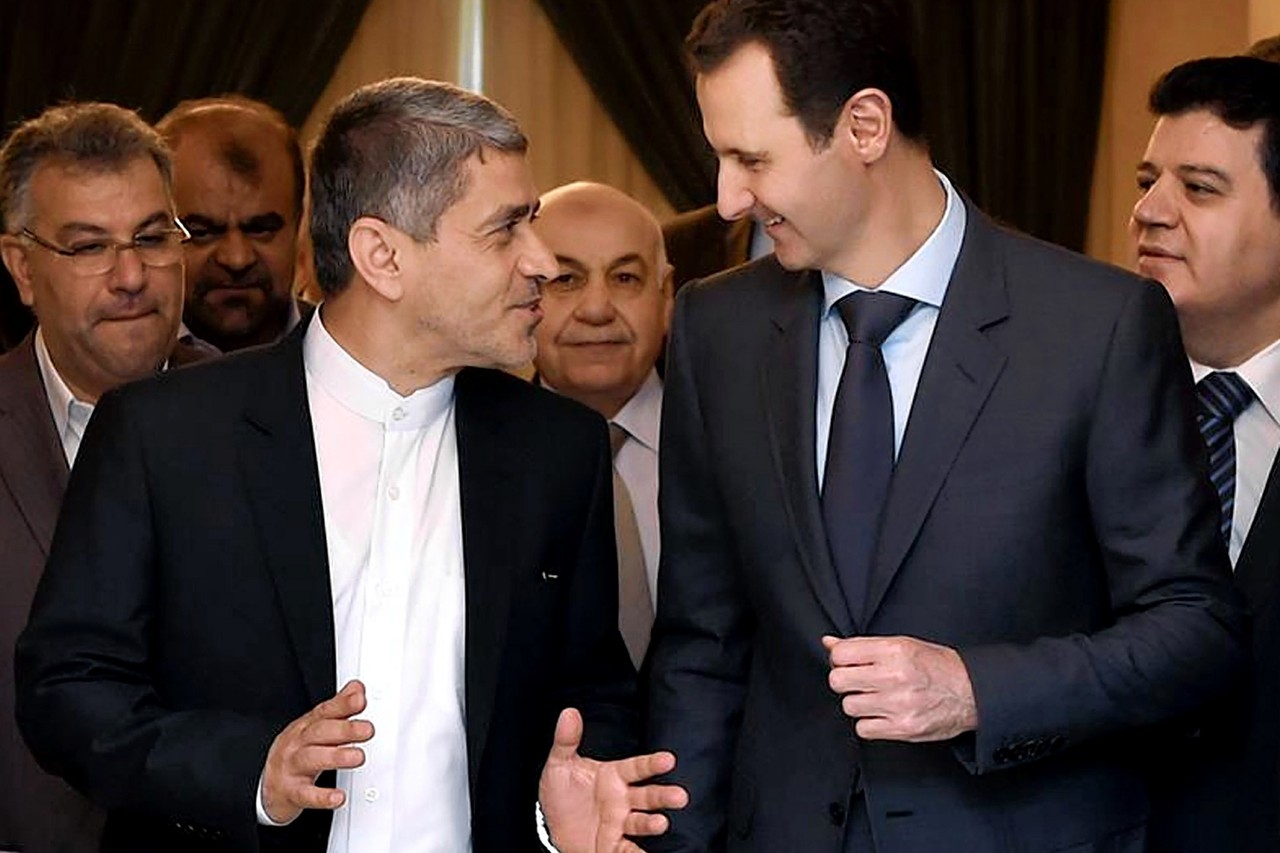 
So John Kerry wants to “re-ignite” Syrian peace talks that have already blown up twice, telling CBS News that he is prepared to meet with Bashar Assad in person because “we have to negotiate in the end.” What a non-surprise. The secretary of state always had a terrific soft spot for the Syrian president-for-life. Sooner or later Mr. Kerry was bound to seek a fresh opening, the way liberals always do with the brutality artists who never quite disenchant them.

There are only four things certain since Social Progress began.
That the Dog returns to his Vomit and the Sow returns to her Mire,
And the burnt Fool’s bandaged finger goes wabbling back to the Fire . . .

That’s Kipling. As for Assad, he wasted no time treating Mr. Kerry’s hopeful overture with lordly contempt: “Talks about the future of the Syrian president are for Syrian people alone,” he said, responding to the suggestion that he might be prepared to negotiate his departure from the palace. Rejection, Assad knows, typically ignites attraction.

That’s not all Assad knows. Three years ago his imminent fall from power was treated as a certainty by Western intelligence agencies. Barack Obama could say that “Assad must go” because the U.S. president figured he wouldn’t have to lift a finger to see his demand fulfilled.

In October, U.N. Ambassador Samantha Power accused Syria of maintaining undeclared chemical weapons sites. Nothing was done. In January, Der Spiegel reported that Mr. Assad still retains a covert nuclear-weapons program. The news disappeared like a pebble in the ocean.

So Assad knows that Mr. Obama will do nothing to dethrone him. He knows also that the administration—which came to office as the most pro-Syrian in history—still wants to befriend him. White House officials whisper that Mr. Obama sees Assad as the only sure bulwark against an Islamic State takeover of all of Syria, which is why the president has steadfastly opposed military operations of any kind against Assad.

The result is that we’ve become Assad’s accomplices by carrying out airstrikes against ISIS that allow the regime to train its fire on our ostensible allies in the Free Syrian Army or target defenseless civilians against Assad’s predations. Ms. Power presumably gets this. Presumably, too, she remains in the administration only to prevent it from capitulating completely to Damascus.

But what Assad mainly knows is that he is one of the prime beneficiaries of the administration’s outreach to Iran. Among the less-remarked effects of our nuclear diplomacy with Iran is that it has proceeded in concert with Iran’s recent power plays in Yemen and Iraq. That’s not an accident: An administration terrified that a letter from a freshman U.S. senator will blow up its frangible nuclear negotiations is not about to oppose Tehran’s efforts to be a “very successful regional player,” as Mr. Obama recently put it.

That’s especially so when the argument can be spun that Iran and its proxies are doing our Mideast dirty work. Why put boots on the ground in Yemen to fight al Qaeda when the Iranian-backed Houthis are doing it for us? Why stop Qasem Soleimani—Iran’s very own Erwin Rommel, minus the decency—from directing ground operations against Islamic State in Tikrit while American airstrikes hit ISIS’s supply lines?

And why get in the way of Assad as he mops up what’s left of a decent opposition to his tyranny? When staying out of it is the main objective of U.S. foreign policy, it’s easy to find the silver lining in the cloud of a blasted barrel bomb.

Assad knows this too. The strategy of America’s enemies in the Middle East has always been to give us painful reasons to stay out, while America’s friends try to figure out how to keep us in. In Cairo on Monday, I spent two hours with Egyptian President Abdel Fattah Al Sisi, a geopolitical godsend who wants nothing more than to improve relations with Washington. It says everything about this administration that it has spent so much more time courting enemies in Iran than friends in Egypt.

I’ll write more about my interview with Mr. Sisi. Meanwhile, someone might ask what will come of the effort to reach understandings with tyrants in Damascus and Tehran, other than to encourage them to do more of what they are already doing. Assad is not going to negotiate his return to a sedate ophthalmology practice. And Iran is not going to become a satisfied power with its nuclear program permanently stuck in third gear
.


They will want more. And the U.S., having betrayed its friends and covered itself in dishonor, will reckon with the consequences.
Posted by Mladen Andrijasevic at 9:31 AM