Negotiations move closer to March 31 cutoff without a breakthrough 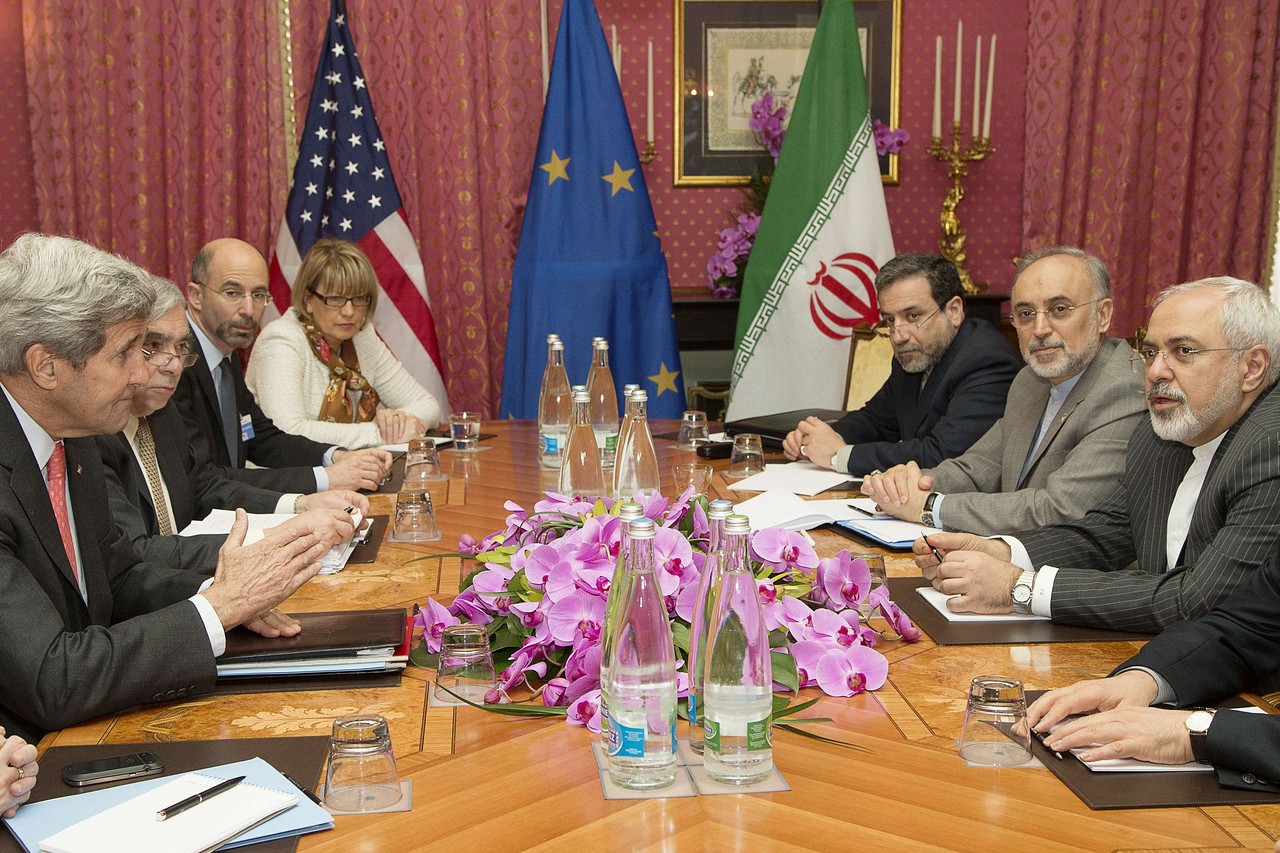 By JAY SOLOMON and LAURENCE NORMAN


LAUSANNE, Switzerland—France is again adopting the toughest line against Iran in negotiations aimed at curbing Tehran’s nuclear program, potentially placing Paris at odds with the Obama administration as a diplomatic deadline to forge an agreement approaches at month-end.

President Barack Obama called French President François Hollandeon Friday to discuss the Iran diplomacy and try to unify their positions. The presidents “reaffirmed their commitment” to a deal “while noting that Iran must take steps to resolve several remaining issues,” the White House said.

French diplomats have been publicly pressing the U.S. and other world powers not to give ground on key elements—particularly the speed of lifting U.N. sanctions and the pledge to constrain Iran’s nuclear research work—ahead of the March 31 target.

Paris also appears to be operating on a different diplomatic clock than Washington, arguing that the date is an “artificial” deadline and that global powers should be willing to wait Tehran out for a better deal if necessary.

Obama administration officials have said that expected moves by the U.S. Congress to put new sanctions on Iran as soon as April limit their ability to extend the diplomacy.

“Making the end of March an absolute deadline is counterproductive and dangerous,” France’s ambassador to the U.S., Gérard Araud, said via Twitter after the latest round of negotiations in Switzerland concluded Friday.

“No agreement without concrete decisions on issues beyond the enrichment capability question,” he said a day earlier, specifically mentioning the need for extensive monitoring and clarity on Iran’s past research work. Western officials believe they included the pursuit of nuclear-weapon capabilities.

In a sign of France’s determination, Foreign Minister Laurent Fabius called his negotiating team in Lausanne on Thursday to insist no deal could be forged that allowed for the rapid easing of U.N. Security Council measures, according to European officials.

France worries the quick repeal of the U.N. penalties could lead to a broader collapse of the West’s financial leverage over Tehran, according to these officials. French diplomats, however, say their strong stance against nuclear proliferation has been a central foreign policy tenet for years. By remaining one of the world’s few nuclear powers, France can maintain an independent role in global affairs.

Paris is demanding Tehran address evidence that it has conducted research into the development of nuclear weapons to get those U.N. penalties relaxed. Iran has for years denied the allegations and some officials fear that forcing Tehran to publicly reverse itself could break the diplomacy.

Mr. Fabius has served as diplomatic foil in the Iranian diplomacy in the past.

In November 2013, the former French prime minister said a deal that the U.S. had been negotiating with Tehran in Geneva was a “fool’s game” and didn’t go far enough in limiting Iran’s nuclear capabilities. His comments briefly delayed the signing of an interim agreement that modestly rolled back Tehran’s program.

Western officials in recent days have stressed that Washington and the other powers negotiating with Iran—France, the U.K., Germany, Russia and China—remain united. Still, Obama administration officials have voiced frustration with France’s public posturing, arguing it isn’t constructive.

‘Our nations have been separated by mistrust and fear. Now it is early spring. We have a chance—a chance—to make progress that will benefit our countries, and the world, for many years to come.’
—U.S. President Barack Obama.

Some U.S. officials privately believe France is seeking in part to maintain strong ties to Israel and to Arab countries deeply skeptical of Washington’s outreach to Tehran. French defense companies have signed lucrative arms deals with Saudi Arabia and the United Arab Emirates in recent years.

Secretary of State John Kerry wrapped up five days of direct talks with his Iranian counterpart, Javad Zarif, in Lausanne without a breakthrough. Mr. Kerry is traveling to London on Saturday to meet with Mr. Fabius and the foreign ministers of the U.K. and Germany.

These countries will return to Switzerland as soon as Wednesday to resume the negotiations.

“We’ve had a series of intensive discussions with Iran this week, and given where we are in the negotiations, it’s an important time for high-level consultations with our partners in these talks,” said State Department spokeswoman Marie Harf.

While U.S., Russian, Chinese and Iranian diplomats have stressed the progress made in the talks, others have been more cautious. One European diplomat said on Thursday: “I don’t think we have made sufficient progress. A lot of issues remain on the table.”

Wang Qun, China’s senior diplomat at the talks, said Friday there had been “good progress” this past week. “I do see some novelties in this round of negotiations,” he said, adding that both sides had shown “very strong political will.”

Failure to reach a political understanding on time could firm up political opposition to the negotiations in Washington.

On Thursday, Senators Bob Corker (R.-Tenn.) and Robert Menendez(D.-N.J.) said the Senate Foreign Relations Committee will vote April 14 on a bill that would give U.S. lawmakers an up-and-down vote on the agreement.

U.S. officials initially believed the negotiations could stretch until Sunday. But Iran’s delegation abruptly left on Friday, citing the death of the mother of President Hasan Rouhani. Iranian officials also said they wanted to return to Tehran for the beginning of the Persian New Year, called Nowruz.

In a meeting with his Iranian counterpart on Friday, Mr. Kerry expressed his condolences for the death of the president’s mother and called for “progress and peace” at the start of Nowruz.

Mr. Zarif responded: “I hope this new day will be a new day for the entire world.”

Both sides had hoped to wrap up the talks before the start of the Iranian holiday.

Mr. Obama also sent a Nowruz message to Iranians on Thursday. He stressed the importance of a deal in potentially opening a new era of cooperation between Washington and Tehran, who have been staunch adversaries since Iran’s 1979 Islamic revolution.

“Our nations have been separated by mistrust and fear. Now it is early spring. We have a chance—a chance—to make progress that will benefit our countries, and the world, for many years to come,” Mr. Obama said.
Posted by Mladen Andrijasevic at 4:54 AM