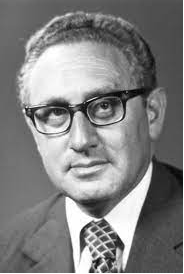 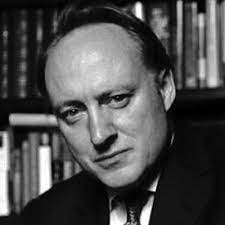 Andrew Roberts: Do you think the Biden administration is doing a good job with the Iranian nuclear talks?

Henry Kissinger: I was extremely doubtful about the original nuclear agreement. I thought Iran’s promises would be very difficult to verify, and that the talks really created a pattern in which the nuclear build-up might have been slowed down a little but made more inevitable. As a result, countries in the region, particularly Israel – Iran’s chief enemy – but also Egypt and Saudi Arabia – whom they see as principal competitors – were going to be driven into reactions which might make the situation much more explosive.

Now, the trouble with the existing nuclear talks is that it is very dangerous to go back to an agreement that was inadequate to begin with – to modify it in a direction that makes it apparently more tolerable to the adversary.

So all the concerns I had with the original agreement, I’m going to have now. I haven’t seen the terms yet, but there is really no alternative to the elimination of an Iranian nuclear force. There is no way you can have peace in the Middle East with nuclear weapons in Iran, because before that happens, there is a high danger of pre-emption by Israel, because Israel cannot wait for deterrents. It can afford only one blow on itself. That is the inherent problem of the crisis.

Posted by Mladen Andrijasevic at 11:31 PM 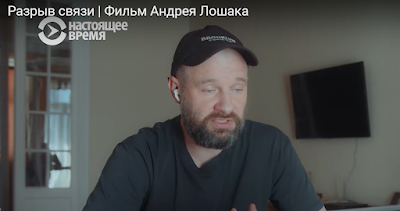 Apparently, the media in the West has still not picked up on the significance of this documentary which in 2 days got some 403,017 views and 3K comments. Most probably because the film does not have English subtitles. That is a pity because it gives an incredible insight into how Russian society permitted the invasion to happen.

I look and go crazy. People do not have a cause-effect logic. They cannot answer the second in the "why" chain. Andrey, thank you and your colleagues for this film. I'm from Samara, by the way. I travel a lot on business trips to Russia, very carefully people either bypass this topic or start talking. And what a relief you see in the eyes of the interlocutor, when he understands that he is not the only one, that, here, the person opposite, also with brains, is also against this war.

Every Russian family has this.

My mother raised me as a kind person, nurtured humanistic values, but today she justifies the war. All propagandists must be condemned, they are no less evil than those criminals who hold power in Russia!

Justice will prevail sooner or later! Thank you, Andrey for this movie. No to war!

Andrey, you are my favorite reporter, thank you for the film!!! In places, tears rolled, in places I was angry at how people do not see and do not want to see reality and draw logical conclusions. Thanks to the heroes of the film, even to those with Nazi salutes, for agreeing to voice their view, this is important. How I would like to believe that this damned war will end, and all those who unleashed it will find themselves in the dock. Peace to Ukraine!!! Freedom of Russia!!!

Andrey, tears, pain and a terrible heaviness in my soul after your film ... I don’t know how to survive this. I am 75 and I am very ashamed that we allowed fascism on our land. Thank you for the film...

Add English subtitles to the video so that you can show foreign friends to understand what is happening in our society now.

For some reason, the story of Renata resonated very much. How much pain she carries within herself because of the war. I want to hug her. Thank you from Ukraine.

Posted by Mladen Andrijasevic at 11:07 AM

Broken Ties – A film by Andrey Loshak (with English subtitles)

I could not stop watching this documentary.

Broken Ties ( Разрыв связи in Russian) is about the families in which one part of the family support Russia and the other Ukraine.  Parents and children, siblings, husbands and wives.

One of the interviewed is a psychologist. She applies the same methods on her mother that she had learned are used to free people from a religious cult. Little by little, every day, and there is progress. Often her progress is reversed by her mother’s friends, but she sees that there is a change. There is a pediatrician, Renata, who is Jewish and whose mother during WWII had been relocated to the Urals and who is indebted to Russia for saving her life. Although her mother is dissatisfied with Putin for reversing many of his political commitments, she cannot even envisage that he is applying the same tactics to bamboozle the population on Ukraine. Renata is trying to help the children who are under her care, and this is the only thing that is keeping her from breaking down. What a woman of integrity and courage!

On the one side you see rational, intelligent people who are deeply aware of the disaster Putin has unleashed on both Ukraine and Russia. They feel guilty that they are not doing enough. On the other are also intelligent people who find every possible rationalization for Russia’s actions although very often their arguments are not thought through and are canned phrases from TV – NATO, denazification and Ukraine would have attacked first if Russia had not beat her to it. Almost as if they were an AI program going through the Turing Test. One is shocked how deeply Russian propaganda has succeed in manipulating their patriotism and their sense of duty.   In short, pro Putin people get their information from the TV, the pro Ukraine ones from the internet.

This documentary should get an Oscar. Putting English subtitles is a must.

Posted by Mladen Andrijasevic at 11:39 PM

Kazakh President Tokayev to Putin: We will not recognize quasi-state territories like Lugansk and Donetsk

"Kassym-Jomart  Kemelevich:  I understand that the question is not simple and can be answered in different ways, but I cannot not ask you about your opinion about our special operation, and its inevitability as we here believe, and its legitimacy."

“Modern international law – this is the UN Charter – but the two basic principles enshrined in it, have come into conflict with each other nowadays: the territorial integrity of states and the right of a nation to self-determination. The founders of the UN obviously did not take this moment into account and may have deliberately compromised the two principles, which now contradict each other.

“Of course, while they contradict each other, there are misunderstandings: some say that territorial integrity is a sacred concept, a sacred category, while others say that all peoples in a country are their own state and can be separated from her at will.

“But it is generally believed that if a nation’s right to self-determination was in fact exercised around the world, on Earth there would be more than 500 or 600 countries instead of the 193 countries that are now part of the UN. Of course, this would be chaos.

“For this reason, we will not recognize Taiwan, Kosovo, South Ossetia or Abkhazia. And in all likelihood, this principle will be applied to quasi-state territories, such as are, in our opinion, Lugansk and Donetsk. This is an honest answer to your honest question.

Posted by Mladen Andrijasevic at 3:36 AM

The following are the subtitles in the video. It is quite a cathartic feeling to see a journalist tell the truth.  Long overdue.

Massimo, when I heard that you were going to Moscow, I felt very proud of knowing you. I thought you were going to address Russian viewers rather than Italian viewers. Then I understood that this was not the case. I imagined you were going to speak with a top official and you are going to make us proud of our free press. Instead, as I said more politely to Myrta, I am witnessing total servilism  to the worst kind of propaganda that also employs “useful idiots”.

For example, Cacciari at the beginning spoke about the prestige of the Kremlin.  The palace behind you (Kremlin), you should remind your viewers, is where the worst crimes against humanity of the 20th and 21st centuries were organized.

The palace is full of shit. You should have the courage to say to your hosts there that the palace behind you is place full of shit. Because communists there orchestrated the worst tragedies of the last two centuries.

Therefore, it makes me upset to see a journalist I respect ( Massimo Gilleti) be called “child” and “incompetent”  by an idiot ( Maria Zakharova) who does not know what she is talking about. Because we have freedom, we know it, and we defend it.

I will not be the fig-leaf for these two idiots (literally: testicles) next to you . Therefore, I have decided to leave, I refuse my remuneration and I end my participation in this farce. Thank you.

Posted by Mladen Andrijasevic at 5:27 AM

Stuck in a time warp

Kudos to Emily Schrader for her article “China’s threat to a free press” (June 7). It is crucial that democratic societies understand that they must not give in to blackmail from totalitarian ideologies. It is unfortunate that after one hundred years and 100 million dead as the result of communism, these ideologues still believe that they can intimidate free societies.

Their mindset is stuck in a time warp, and they want to drag everyone into this maelstrom. We must not let that happen.

After all, as Winston Smith says in 1984, “Freedom is the freedom to say that two plus two makes four. If that is granted, all else follows.”

Posted by Mladen Andrijasevic at 2:34 PM

“Unfortunately, the Zionists are spreading a lot of lies.“

"Spreading lies? Come on! I am holding right here the proof of your lies in my hands. You see, after Iran stole classified documents from the UN’s Atomic Agency, Iran used that information to figure out what the Atomic Agency was hoping to find, and then created cover stories and hid evidence to evade their nuclear probes.

So, how do we know this? Because we got our hands on Iran's deception plan a few years back, and it's right here in my hands.

Here it is, in the Persian language: hundreds of pages marked with the stamp of Iran’s Ministry of Intelligence. There is even some handwritten notes on the documents by senior Iranian officials, like this one, written by the then defense minister Fakhrizadeh.

He writes: "Sooner or later, they, referring to the Atomic Agency, they will ask us, and we need to have a comprehensive cover story for them."

Iran lied to the world. Iran is lying to the world today again right now. And the world must make sure that Iran does not get away scot-free.”

Unfortunately, with all this proof the US and the Europeans keep behaving like the the Stanley Baldwin / Neville Chamberlain governments did towards Nazi Germany in the 1930s.  Here are the two final episodes of the 1981 TV series Winston Churchill: The Wilderness Years

Posted by Mladen Andrijasevic at 10:38 PM