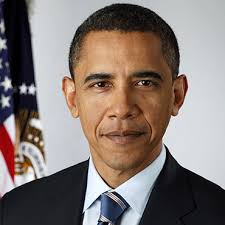 I had been reading Michael Oren’s book Ally, when I came to this paragraph, page 276, and I said to myself – this is it, this is why he wrote the book:

Finally, after many months of attentiveness, I reached my conclusion. In the absence of a high-profile provocation – an attack on a U.S. aircraft carrier, for example – the United States would not use force against Iran. Rather, the administration would remain committed to diplomatically resolving the Iranian nuclear issue, even at the risk of reaching a deal unacceptable to Israel. And If Israel took matters into its own hands, the White House would keep its distance and offer to defend Israel only if it were counterstruck by a hundred thousand Hezbollah missiles.
...
Leader Khamenei pledged that “the United States and its pawns, the Zionist regime… will be smashed from the inside”- that is, struck by further terror. That was the hair-trigger atmosphere in the first half of 2012, as Iran prepared to enter “the zone of immunity.”

The term was Ehud Barack’s and it defined that situation in which Iran, having amassed a sufficient quantity of fissile material, moved its nuclear program underground. There in a small room hidden inside a country half the size of Europe, the Iranians would pack a spherical nuclear device with fifty-five pounds of 90 percent-enriched uranium and prime it with a detonator and a “pusher” designed to maximize the blast. The process, once preventable by striking the Fordow and Natanz sites, would now be virtually impossible to stop. Neutralizing the “zone of immunity” would require carpet-bombing most of Iran.

At this juncture, precisely, the positions of the United States and Israel could not have been more irreconcilable.
Posted by Mladen Andrijasevic at 5:26 AM