As Iran edges toward a bomb, an Israeli preemptive strike looks likely

THE TIMES OF ISRAEL 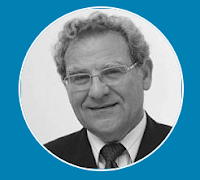 With no appetite in the US for military confrontation, Israel may aim for nuclear installations before Tehran achieves nuclear capacity

The Iranian government announced on January 4 that it had resumed enriching uranium to 20 percent, in a significant move that can shorten Iran’s time to develop a nuclear bomb. In just a few days, on January 20, Joe Biden starts his presidency intent on negotiating a new nuclear deal with Iran. While the American posture towards Iran is not clear yet, its chances of achieving an agreement that could allay Israeli fears of Iran’s nuclear potential are slim. The developments in Tehran and in Washington make an Israeli preemptive strike on Iran’s nuclear installations more probable.

Israeli fears of Iran are the result of the republic’s drive for Middle East hegemony and its quest for a nuclear bomb. The religious leadership of Iran believes that the Jewish state has no right to exist and that Israel will either wither away under military pressure or be annihilated when it is weak and vulnerable. Iran also realizes that Israel is the main military barrier to its hegemonic aspirations, rendering it a strategic, as well as a religious, anathema.

Therefore, Iran’s proxies, possessing myriad missiles that can target Israel’s population centers and strategic installations, encircle the Jewish state with a “ring of fire” to weaken it and neutralize its strategic superiority.

The international community has largely ignored Iran’s aggressive regional behavior. The US undermined the balance of power in the Gulf, destroying Saddam Hussein’s regime without establishing a strong successor government. Moreover, President Donald Trump signaled American intentions to leave the Middle East and improved Iran’s chances of erecting a “Shiite corridor” from Iran, via Iraq and Syria to the Mediterranean Sea. Biden is unlikely to reverse the direction of American foreign policy.

Although the Iranian nuclear project and its long-range missile program are primarily intended to deter an invasion and to assure regime survival, they have elicited many fears in the region. In the absence of a credible American security umbrella Middle Eastern states, which invariably display high threat perception, are unlikely to look nonchalantly on a nuclear-armed Iran. This would inevitably generate nuclear proliferation.

Israel views a nuclear Middle East with trepidation. Achieving stable deterrence with one hostile, nuclear-armed Middle Eastern state is extremely doubtful. With more than one it is a nightmare. The belief in the stabilizing effects of nuclear proliferation is wishful thinking on the part of irresponsible arm-chair strategists.

Israel has covertly obstructed Iran’s nuclear progress. The June 2020 explosion at Natanz, attributed by foreign media reports to Israel or the US, and the elimination of the top nuclear scientist Mohsen Fakhrizadeh in November 2020, attributed by Iran to Israel, are recent indications of such an effort. When such tools are no longer deemed effective, surgical airstrikes are employed to destroy the nuclear installations in neighboring countries. This was the fate of the nuclear reactors in Iraq (1981) and in Syria (2007). Preemption of an emerging threat is integral to Israeli strategic thinking. Israel hardly shares the widespread apprehension about the regional repercussions of Israeli preventive actions. Preemption in Iraq and Syria ended the nuclear projects in these states with only marginal international costs.

An Israeli preemptive strike will also keep the Sunni states aligned with Israel. As Iran becomes more powerful in the region and the US security umbrella becomes less reliable, reorienting the foreign policy towards Tehran might become more attractive for the Gulf states. Israel might strike sooner rather than later in order to prevent additional improvements in Iran’s defensive measures around its nuclear installations.

An Iranian nuclear arsenal constitutes an insurance policy for regime survival and is important for achieving regional hegemony. Thus, it is inconceivable that the mullahs will give up the quest for the bomb, unless forced to do so. It is unlikely that the June 2021 presidential elections, with only hardliner candidates, will produce a reasonable Iranian negotiating position vis-à-vis the Biden administration. Initially, Jerusalem will allow Washington a chance to renegotiate the nuclear deal in an attempt to secure Israel’s minimum conditions for a good agreement. Yet, such an outcome is highly unlikely. Whatever efforts at regime change were made were unsuccessful and it remains unlikely in the near future. And ultimately, the US has no appetite for military confrontation with Iran even if the talks collapse.

In contrast, Israel feels extremely vulnerable as Iran’s nuclear aspirations are seen in Israel as an existential threat. If left alone and after realizing that covert means have exhausted their usefulness, Jerusalem would seriously consider taking military action. Despite the many obstacles to a successful mission, the IDF seems capable of executing it. Prime Minister Netanyahu consistently and emphatically reiterates that Israel will not allow Iran to become a nuclear power.

In order to reverse Iran’s ascendance in the Middle East, prevent its nuclearization and thwart Israel’s encirclement by Iranian proxies, preemption is now more probable.

Posted by Mladen Andrijasevic at 5:12 AM