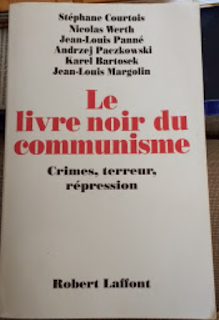 Regarding “Israel Boycott: Sally Rooney won’t let novel be published in Hebrew,” (October 12), let’s face it, some people are just dense when it comes to politics. Jean-Paul Sartre supported president of the People’s Republic of China Mao Zedong when during the years he was in power some 65 million people were killed.

But there were novelists who were not blind, like Albert Camus.

As for Sally Rooney, one must really be illiterate not to see from the very name of the Palestinian Islamic Jihad what this is all about. Not surprising, coming from Ireland, whose prime minister de Valera had visited the German Legation in order to sign the book of condolences on the death of Adolf Hitler.

In the letter I sent it just said Mao. The editor changed it to “president of the People’s Republic of China Mao Zedong”. Except that Mao was not the "president of the People’s Republic of China". He was the Chairman of the Chinese Communist Party.  I know that people living in Israel today probably would not even notice the difference, but anyone who has some idea how communist systems function would notice the inaccuracy. In communist countries the Party reigns supreme.

Posted by Mladen Andrijasevic at 11:59 PM