Iran has reportedly not been this close to nuclear capability since before the nuclear accord in 2015. 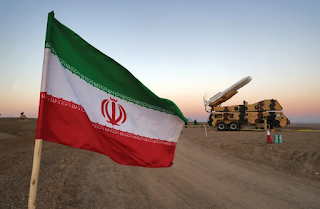 Iran is on track to obtaining enough enriched uranium for a nuclear bomb within one month, according to a report published on Monday by the Institute for Science and International Security, a US-based think tank.

Iran already has 200 grams of enriched uranium metal, which is an integral element for the production of nuclear weapons.

The late Tuesday report by ISIS – also known as the “good ISIS” – would not mean the Islamic Republic could fire a nuclear weapon, as this requires additional tasks relating to detonation and delivery, but if correct, it would mean Tehran is at a new nuclear threshold where all that is needed is the political decision.

This dire prediction by the think tank came with criticism of the IAEA’S latest deal with Iran on Sunday in which a new dialogue was opened with Iran’s new government over nuclear issues, but without Tehran stopping its 60% enrichment violation of the 2015 JCPOA nuclear deal.

Since April, the Islamic Republic jumped its enrichment from 5% and 20% to the 60% level, which is considered only one level down from the 90% weaponized level.

At lower levels, Iran has in fact had sufficient quantity for multiple nuclear bombs for several months.

However, what was most significant about the report was that it was laid out in quantitative scientific terms based on IAEA reports itself, as opposed to the sometimes more vague statements by Israeli or other politicians.

Critics will note that the think tank’s founder David Albright is a hawk on Iran issues, but the report is based on IAEA data.

The report concluded that all Iranian moves are designed to pressure the US into concessions in the nuclear negotiations which broke down between May-June and have been totally frozen since new Iranian President Ebrahim Raisi was elected.

The current and former Israeli governments both oppose a return to the JCPOA without massive changes to fill holes whereas the Biden administration has moved aggressively to return to the deal.

To date, Biden administration officials have vaguely threatened that their patience for Iran to return to the negotiating table was not limitless, but have avoided any actual deadline.

Defense Minister Benny Gantz stated back in August that Iran was two months away from acquiring a nuclear weapon.

So now what? Does Bennett fully understand the magnitude of the Iranian threat? Since nobody in the world is going to lift a finger, it is up to Israel. This is one of those crucial moments in history like May 28, 1940 when Churchill decided not to negotiate with Hitler or June 5, 1967 when the IAF destroyed the Egyptian air force.

Looks like my blog will soon become redundant.
Posted by Mladen Andrijasevic at 7:29 AM