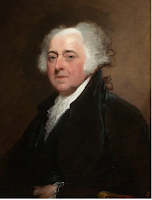 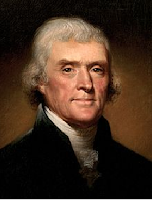 John Adams and Thomas Jefferson died on the same day, July 4, 1826, exactly fifty years from the date the Continental Congress approved the Declaration of Independence

“As Lincoln grasped better than anyone, Jefferson offered Americans a set of beliefs that through the generations have supplied a bond that holds together the most diverse nation that history has ever known. Since now the whole world is in the United States, nothing but Jefferson’s ideals can turn such an assortment of different individuals into the “one people” that the Declaration says we are. To be an American is not to be someone, but to believe in something. And that something is what Jefferson declared.

That’s why we honor Jefferson and not Adams.”

Apparently, we honor neither any more.

Posted by Mladen Andrijasevic at 12:14 AM