Would you volunteer to get the coronavirus? Someone may have a job for you.

It won’t be pleasant, but it could help prove quickly if a Covid-19 vaccine works. 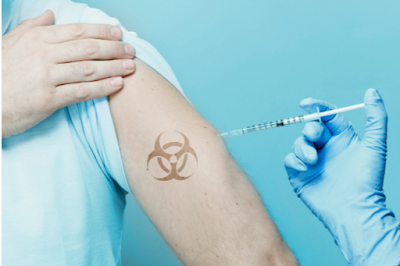 A group of academics say that 100 altruistic young people should volunteer to get a vaccine for Covid-19 and then be infected with the coronavirus on purpose.

The idea of such a “challenge trial” is controversial but could speed testing of a vaccine by months, according to a proposal posted online, offering fast evidence that a shot works or doesn’t.

“We need fresh ideas to get out of the #COVID19 dilemma of sacrificing the economy, health care system, or both,” tweeted Marc Lipsitch, a Harvard University epidemiologist who cosigned the proposal with Nir Eyal, a bioethicist at Rutgers University, and Peter Smith, a statistician from the London School of Hygiene & Tropical Medicine.

Some experts believe a vaccine is the best hope to end the epidemic. One candidate created by Moderna Therapeutics of Cambridge, Massachusetts, is already being given to healthy volunteers in Washington state in an initial safety test.

No one, though, has yet had virus squirted up their nose on purpose, something that is ethically dubious under most circumstances. The drawback is obvious, the authors admit: “Challenging volunteers with this live virus risks inducing severe disease and possibly even death.”

Yet the risk could be worth it for society, they think, since trying to infect vaccinated people on purpose might be the quickest way to learn whether a vaccine works.

Bottom of Form
One expert in challenge trials, Myron Levine, of the University of Maryland, says he doesn’t believe the idea is merited yet. According to statistics released by the Centers for Disease Control and Prevention, people between 20 and 44 accounted for 20% of those hospitalized for Covid-19 in the US, with about 1 in 750 dying.

“Is this something you would allow your loved one to participate in?” asks Levine. “Ask yourself that.”

Exposing people to a germ can be an acceptable way to do scientific research—and Levine says he’s been doing challenges since 1970, with diseases including cholera. He says the studies are considered permissible in certain scenarios. One is where people get a weakened, or attenuated, version of a virus. Another is if there is a drug cure available in case the vaccine flops and things go south. But there’s no drug treatment yet for the dangerous pneumonia associated with Covid-19.

Despite that, the three authors of the new proposal, none of whom are doctors, say they think that younger adults, who usually don’t suffer serious forms of the illness, could make an informed choice to be the guinea pigs that help save the world from Covid-19. That’s especially true since they might get infected anyway.

The scientific trio offer a sketch of how they think it could be done. First, the youthful volunteers would be subjected to a two-week quarantine to make sure they were virus free. After that, they’d be given the virus and then observed. During the study they would remain isolated in “a secure and comfortable setting.” Doctors could then measure if they had any virus in their throats, and how long it took them to develop any symptoms.

“The required size of such studies would depend upon the endpoints chosen, but they might require of the order of 100 volunteers,” the three speculate. “Any volunteers in whom infection was confirmed would receive excellent care for COVID-19, including priority for any scarce life-saving resources, in state-of-the-art facilities.”

The problem with vaccines is that it typically takes at least 18 months to test them and get supplies ready. And a big chunk of the R&D time is given to a phase 3 trial—the main event, in which hundreds or thousands would get the vaccine and others would not, in an attempt to prove that those who are vaccinated don’t get the disease or have fewer symptoms if they do.

According to Smith, Lipsitch, and Eyal, giving a vaccine to people and then infecting them on purpose could speed up that process and “may be an acceptable way to bypass Phase 3.”

Levine agrees a challenge trial “could cut the time.” However, if Covid-19 continues to afflict the world, the advantage of a contagion study may not be as great as it seems. With lots of people getting infected anyway, a trial that is both speedy and ethical should be possible to organize.

Already, steps are being taken to shrink the time a vaccine will take. Moderna and the National Institutes of Health reportedly began safety studies with its vaccine before finishing the typical animal studies. According to the Boston Globe, Moderna’s CEO, Stéphane Bancel, also told bankers that the company could seek emergency approval from Washington to give its coronavirus vaccine to some people this fall.

“It is possible that under emergency use, a vaccine could be available to some people, possibly including health-care professionals,” Bancel said, according to a filing with the Securities and Exchange Commission.

It’s likely that if a challenge trial occurs, plenty of volunteers would sign up. After all, first responders, EMTs, health-care workers, and even grocery store clerks are already putting themselves at risk of Covid-19 by staying on the job.

“It may seem impermissible to ask people to take on risk of severe illness or death, even for an important collective gain,” the authors of the challenge proposal write. “But we actually ask people to take such risks for others’ direct gain every time we ask volunteer firefighters to rush into burning buildings.”

Posted by Mladen Andrijasevic at 10:45 AM