What is Bibi reading? 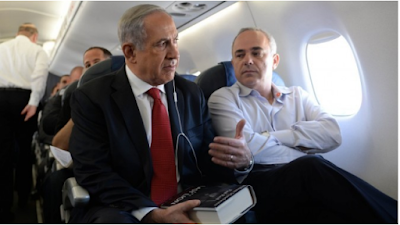 Yesterday I went to the post office to pick up my copy of William Manchester’s second volume of The Last Lion: Winston Spencer Churchill: Alone  1932-1940. This morning my daughter brought to my attention that Benjamin Netanyahu on the way to Poland was reading the third volume of the same book!   The Last Lion: Winston Spencer Churchill: Defender of the Realm, 1940-1965


Here are two excerpts from volume 2, page 14. Incredible how one man’s generosity can save the world!

It also explains, in part, Winston’s fondness for Baruch, though Baruch’s appeal is broader. He is an American, he is Jewish, he recognizes the menace of an aggressive Germany, and Churchill is indebted to him for an extraordinary act of shrewdness and generosity. Winston was badly hurt in the Wall Street Crash three years ago. Had it not been for Baruch, however, it would have been much worse; he could have spent the rest of his life in debt. He is not a born gambler; he is a born losing gambler. In New York at the time, he dropped into Baruch’s office and decided to play the market, and as prices tumbled he plunged deeper and deeper, trying to outguess the stock exchange just as he had tried to outguess roulette wheels on the Riviera. In Wall Street, as in Monte Carlo, he failed. At the end of the day he confronted Baruch in tears. He was, he said, a ruined man. Chartwell and everything else he possessed must be sold; he would have to leave the House of Commons and enter business. The financier gently corrected him. Churchill, he said, had lost nothing. Baruch had left instructions to buy every time Churchill sold and sell whenever Churchill bought. Winston had come out exactly even because, he later learned, Baruch even paid the commissions.


And on page 137, these words spoken by Churchill in the House of Commons on May 2,1935,  which are applicable without change today

When the situation was manageable it was neglected, and now that it is thoroughly out of hand, we apply the remedies which then might have effected a cure.  There is nothing new in the story. It is as old as the Sibylline books. It falls into that long dismal catalogue of the fruitlessness of experience and the confirmed unteachability of mankind. Want of foresight, unwillingness to act when action would be simple and effective, lack of clear thinking, confusion of counsel until the emergency comes, until self-preservation strikes its jarring gong – these are the features which constitute the endless repetition of history. 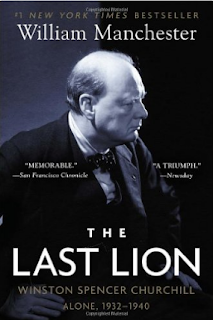 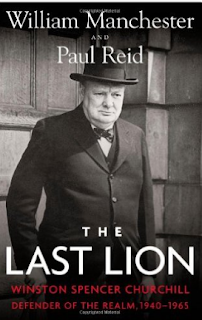 Posted by Mladen Andrijasevic at 3:30 AM